Preserving the youth of legs 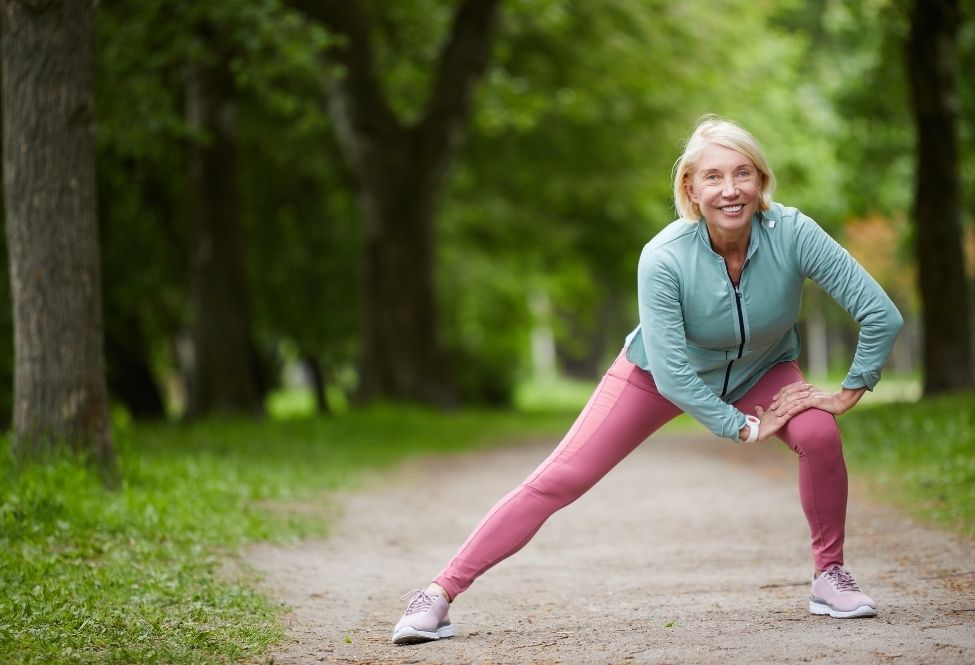 Legs are one of the most important parts of our bodies and should be treated as such. Preserving the youth of legs should be on everyone’s list of things to do. Over the last few decades, there’s been an uprising in venous disease. The venous system enables the return of blood from the extremities to the heart and pulmonary circulation. Venous inefficiency means that the venous system isn’t able to fulfill its duties. The symptoms are heaviness of the legs, tingling, cramps, and more. Preventative measures consist of having colder showers, avoiding standing in one place for too long, regular exercising, and more.

Today, turning 50 should no longer be seen as a step towards old age. We have, in fact, a whole arsenal of means at our disposal to delay the effects of ageing and preserve our physical and intellectual capacities.

Whether it is for the face, the skin, the figure, the cardiovascular system or the osteoarticular system, a healthy lifestyle and access to preventive medicine as well as aesthetic medicine allow us to stay “young” for much longer. This is also true for our legs and the venous system that drains them… Over the last few decades, we have seen a masculinisation of venous disease (26% of men suffer from venous insufficiency. They represent 15% of phlebology consultations compared to 5% in the 1980s). Being overweight is undeniably a factor in both sexes. The increase in women’s work is also considered a risk factor. Despite this, very advanced stages of the disease are becoming increasingly rare.

Our venous system allows the return of blood from the extremities to the heart and pulmonary circulation where it will be re-oxygenated. Venous insufficiency is the inability of a vein to perform its venous return role. The ageing of a vein leads to changes in the quantity and quality of the collagen and elastin fibres contained in its walls. It is also accompanied by a decrease in the number of muscle cells whose role is to contract the vein wall. Venous insufficiency is more frequent in women, especially if they have had several pregnancies, if they are overweight and if they are sedentary. Genetics also plays a role: there may be a family predisposition contributing to the development of venous insufficiency.

Venous insufficiency frequently manifests itself by a heaviness of the legs, a feeling of tightness, tingling, cramps, impatience… Edemas of the lower limbs (swollen legs at the end of the day), varicose veins (dilatations of the veins) and telangiectasias due to capillary fragility can appear, favoured by an increase in the pressure at the level of the venous network.

The skin in front of the venous dilatation will change and, at an advanced stage, may ulcerate or lead to a varicose vein rupture. At present, varicose ulcers have practically disappeared due to the early and effective management of venous insufficiency. Another important risk is that of venous thrombosis. Indeed, the dilation of the vein and the changes in its walls are accompanied by a slowing down of the blood flow (stasis) and activation of the blood coagulation process, leading to the formation of clots.

The consequences of menopause on the venous system

In the pre-menopausal period, progesterone secretion ceases while estrogen production is maintained. This predominantly estrogenic climate has harmful effects on the circulation: swelling of the ankles and legs due to extravasation of liquids from the capillaries, dilation of the veins, and appearance of unsightly varicosities. Hormone replacement therapy during menopause will have positive effects on the skin, muscles, urinary and genital mucosa, bone mass, and cardiovascular system, but may aggravate pre-existing varicose veins and/or varicosities. Therapeutic management by an angiologist is then essential.

Certain rules of hygiene must be respected:

– If the symptoms are incapacitating, wearing class 1 or 2 compression stockings will relieve pain and edema.

– If the clinical examination and the echo-Doppler (ultrasound examination of the veins and recording of the venous flow) confirm the presence of varicose veins, the treatment may involve surgery (phlebectomy) and/or sclerotherapy (injections of products that dry out the diseased vein), depending on the case.

– Spider veins (dilated blood capillaries in the form of burst vessels) are very unsightly but not dangerous. However, they should be taken into consideration because they give the appearance of “old ladies’ legs”. Sclerotherapy, provided that the supply veins of these varicose veins are treated first, will give complete satisfaction in the short and medium-term.

As for vascular laser, it is limited to erasing isolated and very fine spider veins. It acts by coagulating the broken capillaries through heat, but for an “ink erasing” effect, the indication must be well defined.

← Prev: Overweight and obesity: Causes and remedies Next: Hip replacement, a simple surgery? →