Overweight and obesity: Causes and remedies 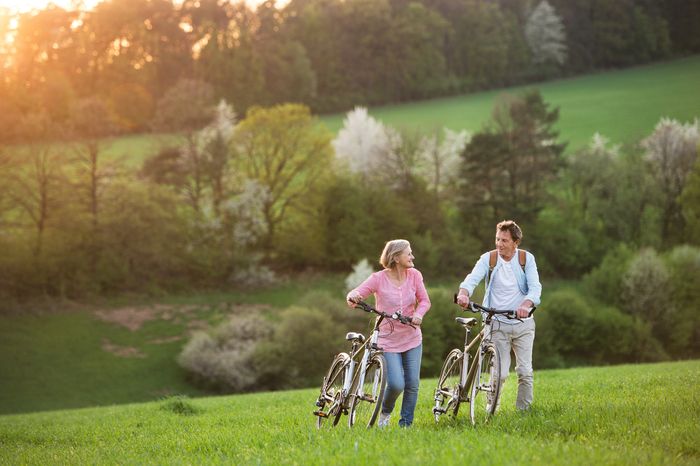 Obesity is one of the most common health issues, especially in 2021. In 2016, WHO declared 1.9 billion adults to be overweight. Decreased physical activity and overeating are the main cause for it, and yet, it’s never been easier to sit around and eat. With the advancement in technology, a lot of people don’t have the need to exercise or just go for a walk. On the other hand, food delivery has never been simpler and cheaper, with a wide variety of fast food meals to pick and choose from. In order to avoid this huge issue, we have to be aware of our lifestyle and change it if necessary. A healthy diet and exercise go a long way in leading a healthy lifestyle.

Overweight and obesity are defined by weight and height; to calculate this body mass index or BMI, we take the weight divided by the height in meters squared. Normal BMI is between 19 and 24.9 kg / m2 while overweight is defined by a value from 25 to 29.9 kg / m2 and obesity by a value greater than 30 kg / m2.

Obesity has been defined by WHO since 1997 as a chronic, multi-factorial, relapsing disease that results in cardiovascular, joint, and type 2 diabetes, certain cancers, sleep apnea, psychological distress, and social and a significant risk of depression and cognitive impairment.

WHAT ARE THE CAUSES OF OVERWEIGHT AND OBESITY?

There are many causes of overweight and obesity, but the role of the environment dramatically contributed to the overweight and obesity epidemic that began in the early 90s.
Among the factors involved, we must of course cite the genetic aspect; indeed, multiple genes promote weight gain and it is well established that obesity is found within families and that having an obese mother or father is a factor in risk for children. However, genetics are not involved in the formidable increase in the prevalence of overweight and obesity observed over the past 30 to 40 years. Decreased physical activity and overeating are the main causes. Our lifestyles have changed considerably these forty last years. Greater availability of food, and often prepared food, containing a lot of sugar and fat to make it tastier to consumers, has played a major role. Stress due to work obligations and social obligations has also reinforced this epidemic, often by phenomena compensation in the face of stress. In addition, for more than twenty years, there has been a relation between sleep duration and body mass index. Duration of sleep restricted, between 5 and 7 hours per day, was associated with a decrease in certain hormones that regulate appetite, such as leptin and ghrelin, resulting in increased appetite and BMI.

The consequences of obesity, as mentioned above, are increasing the risk of a wide variety of diseases and ultimately decreasing the quality and duration of life.

In the year 2000, it was calculated that obesity led to excess mortality of 112,000 people in the United States over a year. These numbers are not surprising considering the consequences of obesity on the risk of cardiovascular diseases, especially heart attacks and strokes, type 2 diabetes with all the well-known chronic complications such as nephropathy, neuropathy, and retinopathy, on mobility, on cancer, on the risk of cognitive impairment and dementia.

SO WHAT SHOULD BE DONE TO BREAK THE VICIOUS CYCLE OF PROGRESSIVE WEIGHT GAIN AND REDUCED MOBILITY?

First of all, you have to be aware of your lifestyle, your quality of life, and the impact that his hygiene of life can have on himself and his family. This awareness is essential to envision changes and especially to carry them out. Sometimes the changes are minimal, with an increase in weekly activity in the form of walking, cycling, swimming, gymnastics, or other activities that allow a slightly higher calorie expenditure than before. Slight changes in diet also lead to gradual weight loss; priority is obviously to get rid of high-calorie foods such as bread, cheese, cold meats, sugary drinks, sweets, cakes, pastries, and of course excess alcohol; a bottle of wine contains about 750 kcal. For a person without significant physical activity, with a calorie intake of around 1800 at 2000 calories per day, a bottle of wine is a huge intake. Very often these small adaptations allow a calorie deficit of about 300 kcal per day; this which leaves at the end of the thirty days a deficit of 9000 kcal and, consequently, of one kilo fat. As we can see, small changes lead to real improvements and a gradual reduction in weight of about 1 kg per month, for therefore 12 kg per year.

It is also possible to perform an intermittent fast, with a caloric intake of 8 hours in the day and 16 h fasting; this fast is associated with better energy, cell regeneration, and protection against dementia; it is also often associated with weight loss.

However, it is difficult, as we all know, to keep these adaptations in the long run. Classes. I don’t even mention the diets which are a contradiction to physiology, metabolism, and neuro-psychology.

If lifestyle adjustments, both diet, and physical activity, are not enough, the second step is to use medical aids. In the past, many drugs have been developed to induce weight loss; unfortunately, all of these treatments have not only proven to be ineffective, but dangerous, leading to side effects, especially cardiovascular unacceptable.

Today, the treatments are more effective and with acceptable side effects. The most recognized drugs are the hormone analogues GLP1 or GLP1 receptor agonists. GLP1 is a hormone made by the gut that is released during food intake particularly containing carbohydrates. This hormone will have three effects:

• the second by reducing appetite

• and the third by slowing gastric emptying.

This hormone, produced mainly by the intestine, is also made by the brain and is there to regulate appetite.

Currently in Switzerland, a molecule, liraglutide or Saxenda, at a rate of 3 mg/day is approved for the treatment of obesity. In the future, even more substance-effective, semaglutide 2.4 mg will probably be approved in Switzerland.

The side effects of these substances, being mainly on the gastrointestinal level, with the onset of nausea, sometimes intestinal bloating, and diarrhea, are in the great majority of cases prevented by a gradual increase in doses to minimize deleterious effects as much as possible. We can hope for weight reductions of 5 to 15kg over a year with these substances.

As a last resort, metabolic or bariatric surgery may be offered. This therapeutic modality can only be offered to patients whose mass index body weight is greater than 35 kg/m2. These patients obviously have the most more deleterious in their weight. Metabolic surgery involves careful selection of patients who will undergo in the majority of cases a gastric bypass or a “Sleevegastrectomy” which will allow weight reductions of 30 to 40 kg on average.

Weight reduction, whatever the means, whether by adapting the style of life, drug treatment, or metabolic surgery allows a regression of the risk of diseases as described above, such as type 2 diabetes, hypertension, high cholesterol, cardiovascular disease, reduced mobility, sleep apnea syndrome, cancers and dementias. This has been well demonstrated in multiple studies that followed patients for several years, who had had metabolic surgery resulting in weight reduction between 30 and 40kg. These patients, despite surgery, had a marked risk of morbidity and mortality lower than that of patients who did not have surgery.

In conclusion, it is better to try to prevent overweight and obesity with a lifestyle that ensures physical activity and adequate nutrition. Once overweight or obesity has taken hold, at some point you need to be aware of the factors that have allowed the occurrence of weight gain. It is by analyzing and becoming aware of all the factors that a correction is often possible, even if this correction can remain modest over time. If the correction is insufficient, drug treatment or even metabolic surgery may be offered.

The management of obesity is multidisciplinary with a specialist endocrinologist, a dietitian, a gastroenterologist, a cardiologist, a pulmonologist, sometimes a psychologist or a psychiatrist, and even the surgeon if necessary. Approach should be tried by anyone who is overweight or obese as it is often liberating of frustration, anxiety and allows you to regain enthusiasm and energy that seemed more possible before.

And you, how far are you? Have you done this analysis? If this is not the case, it is time to do it, to become aware of the factors that allowed this weight gain, and finally free yourself from this burden.