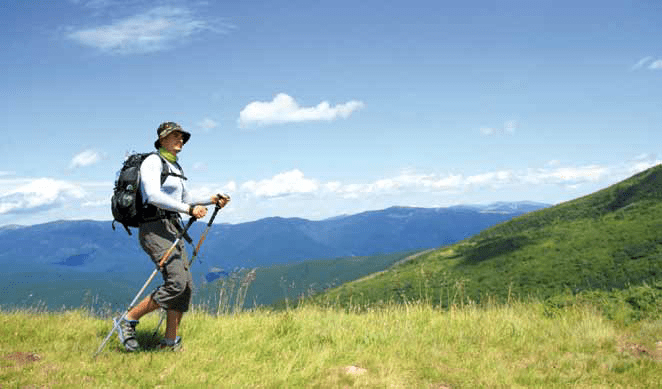 Osteoporosis is a condition that makes our bones weak and fragile. This makes them more prone to fractures and breaking. Sometimes, even something as simple as coughing can cause a fracture, depending on the severity of osteoporosis. Fractures occur in the wrist, hip, or spine most often. The problem with this disease is that it’s silent. That means you can’t feel your bones weakening, so a fracture or breakage would usually be the first sign. It’s not uncommon, with over 200 million people having osteoporosis from all over the world. Some of the risk factors include menopause, age, poor nutrition, physical inactivity, smoking, and more.

Osteoporosis is a skeletal disease that combines a decrease in bone density and disturbances in bone architecture. Together, these factors weaken the bone and encourage the occurrence of fractures. This disease is one of the most frequent and dramatic consequences of an aging population. It is estimated that more than 51% of women and more than 20% of men will suffer, after the age of 50, from an osteoporotic fracture (occurring after a minor trauma) of the spine, the neck of the femur, or the wrist.

The current very worrying situation is going to get worse, and the projections are particularly worrying, just because of the age structure of the population.

For example, in 1992, there were 1.7 million femoral neck fractures in the world. In 2050, due to the aging of the population, 6.26 million fractures are expected. Osteoporosis affects women in particular (7 times out of 10). There are several reasons for this difference. In men, the size of the bones at the end of growth is greater (which makes them more resistant), there is no “menopause” equivalent in men (even if there is a decline in the secretion of male hormones with age), and life expectancy is lower (the disease has less “time” to express itself).

Multiple factors contribute to the development of osteoporosis.

Heredity plays a major role (many genes are involved), especially in the amount of bone acquired at the end of growth (peak bone mass) (Fig. 1). Many other so-called risk factors are also involved.

The most important, in women, is the permanent cessation of estrogen secretion by the ovaries (menopause). Without treatment, a woman can lose 1 to 2% of her bone mass per year. In 10 to 20 years, the cumulative loss can reach 10 to 20% of the skeleton, or even more.

Importantly, osteoporosis is a symptom of a disease that should be screened for. In particular, it can reveal endocrine diseases, such as primary hyperparathyroidism or thyroid dysfunction. The intervention of a specialist is therefore often useful to detect such conditions.

Finally, certain medications, such as cortisone, promote the development of osteoporosis.

Manifestations of the disease

The disease manifests itself by fractures occurring after minor trauma (a simple fall from the subject’s height). It particularly affects the neck of the femur, the wrist, the vertebrae, and the head of the humerus (shoulder joint). The damage to the vertebrae is the cause of a loss of height and a characteristic deformation of the back in “kyphosis” (stooped patient). The body image is thus particularly altered (Fig. 2).

Fracture of the proximal end of the femur is the major complication of osteoporosis in terms of mortality, functional handicap, and need for medical care. In a recent study, we were able to demonstrate that more than 20% of patients die within one year of the fracture. On average, the reduction in life expectancy is 5 to 6 years in both sexes. Of those who survive, and who were living independently before the fracture, the event has forced 20% to leave their apartment or their family environment to reside in an institution.

For a long time, the disease is silent, causing neither pain nor fractures.

The diagnosis can be made at this stage by performing a mineralometry. This is an examination using X-rays, but with very low radiation. It allows to quantify the level of mineral mass and to assess the risk of fracture. This examination is reimbursed for specific indications, on an official basis of approximately 100 CHF. The epidemiological data accumulated on the disease now allow estimating the risk of fracture at 10 years, taking into account certain risk factors and the level of density measured by mineralometry.

How can osteoporosis be prevented?

In practice, what steps should be taken to try to prevent this disease?

Calcium and vitamin D requirements should be met with at least 1000 mg and 5 µg per day respectively. Dairy products (milk, yogurt, quark, and cheese) make up two-thirds of the dietary source of calcium. Calcium also comes from foods such as green vegetables, legumes (lentils), oilseeds (nuts), and whole grains. Calcium-rich mineral waters (400-500 mg/liter) are also good sources of calcium. To cover the needs, it is recommended to eat about 3 calcium-rich foods per day. This is the equivalent, for example, of 1 portion of Emmenthal cheese (30g) + 1 yogurt + 1 bowl of milk + 1l of calcium-rich mineral water + 1 plate of cooked vegetables. Vitamin D is fundamental for the absorption of calcium by the intestine and its fixation on the bones. It is produced by the skin, under the effect of ultraviolet rays, for about 80% of our needs. The quantity of vitamin D produced by our body varies according to our exposure to the sun (season, fog, region…). The rest of the needs (5 g/day) must be covered by the diet (fatty fish: sardines, tuna, herring, salmon, cod liver oil, egg yolk, butter and cream, certain fortified foods such as dairy products). Calcium and vitamin D supplementation is effective in the elderly to prevent fractures, especially of the upper end of the femur.

Proteins are also essential to maintain the bone capital of the elderly. The recommended requirement is 1 g/kg of body weight.

Proteins in our diet come from animal and vegetable sources. Thus, meat, fish, poultry, eggs, and milk provide us with first quality proteins because they contain essential amino acids for our body. The proteins present in cereals must be supplemented by legumes to obtain the nutritional value of animal proteins. To cover protein needs, it is recommended to eat meat or one of its equivalents 1 to 2 times a day. It is also recommended to practice physical activity on a regular basis. It aims to strengthen the muscles (thus reducing the risk of falling), but also the bones. Walking at a good pace, 3 times a week for at least 20 minutes, is already recommended as protection. A more specific program (“Osteogym”), led by specialists, takes place in all regions (program available from the League against Rheumatism of the cantons).

However, it is important to know that in the presence of increased bone fragility, certain exercises can be harmful. The doctor will explain which types of training are recommended in each case. A brochure published by the Swiss Osteoporosis Association is also available. An essential point in prevention is to reduce all factors that can cause falls. All these measures, although effective, may not be enough to prevent the onset of osteoporosis. Several medical treatment options are available. Hormone replacement therapy is an effective measure to slow the accelerated bone loss that follows menopause and to prevent the occurrence of fractures, particularly femoral neck fractures. It also has the advantage of treating hot flashes, improving mood, and the appearance of the skin and mucous membranes. The major drawback is that it significantly increases the risk of developing breast cancer after 5 to 10 years of use.

This has been known since the 1980s. Hormone therapy has long been recommended for the prevention of osteoporosis. It was considered that the benefit/risk ratio was still favorable. The current situation is quite different. Several recent studies have suggested that hormone replacement therapy may be harmful to the cardiovascular system, increasing the risk of heart attack and stroke. In view of this controversy, we reserve hormone therapy for recently menopausal women who have hot flashes, in the absence of risk factors for breast cancer and cardiovascular disease, and for a limited time. Other alternatives exist. One of them is the use of a family of drugs called “SERMs (selective estrogen receptor modulators).

These are hormonal derivatives, similar to estrogens, whose main advantage lies in the fact that they seem to reduce the risk of developing breast cancer.

The other major family of drugs that can be used to prevent osteoporosis is bisphosphonates.

What can be done for osteoporosis that is already present?

Both SERMs and bisphosphonates can also be used to treat established osteoporosis, in which case they are quite effective. They increase mineral mass and reduce the fracture rate by about 40-50%. They are currently the treatment of choice. Bone-forming agents are used to rebuilding mechanically suitable bone. In recent years, parathormone (anabolic agent) has been marketed and, in the near future, other types of treatment are expected to become available (in particular, strontium ranelate). When a vertebral compression causes pain that is difficult to control with the usual analgesics at optimal doses, an injection of cement into the fractured vertebra can sometimes be considered (“vertebroplasty”). This often provides pain relief. Another technique would not only stabilize the fractured vertebra by injecting cement, but also restore its shape by insufflation (“kyphoplasty”). However, it should be mentioned that these are newly introduced procedures, which are not without risk, especially for the adjacent vertebrae. The indications are to be reserved for very special cases.

In short, osteoporosis is a real public health problem and a challenge closely linked to the phenomenon of aging. Management should ideally be considered before it has manifested itself through its complications which are bills. Valid diagnostic tools are available, allowing a prevention policy targeted at people at risk.

A vast and effective therapeutic arsenal is available. Their respective place, and in particular that of hormone therapy, as well as the treatment strategy (choice of drugs to be used in the first line, duration of prevention, …), are still to be specified.

Recently, drugs such as parathyroid hormone have been marketed that have a stimulating effect on bone formation. This and other future treatments may significantly alter the course of this dreaded and insidious disease.

← Prev: Menopause and decrease of sexual desire Next: Sleep disorders →