Well-being: a great trump card for a better life and better ageing! 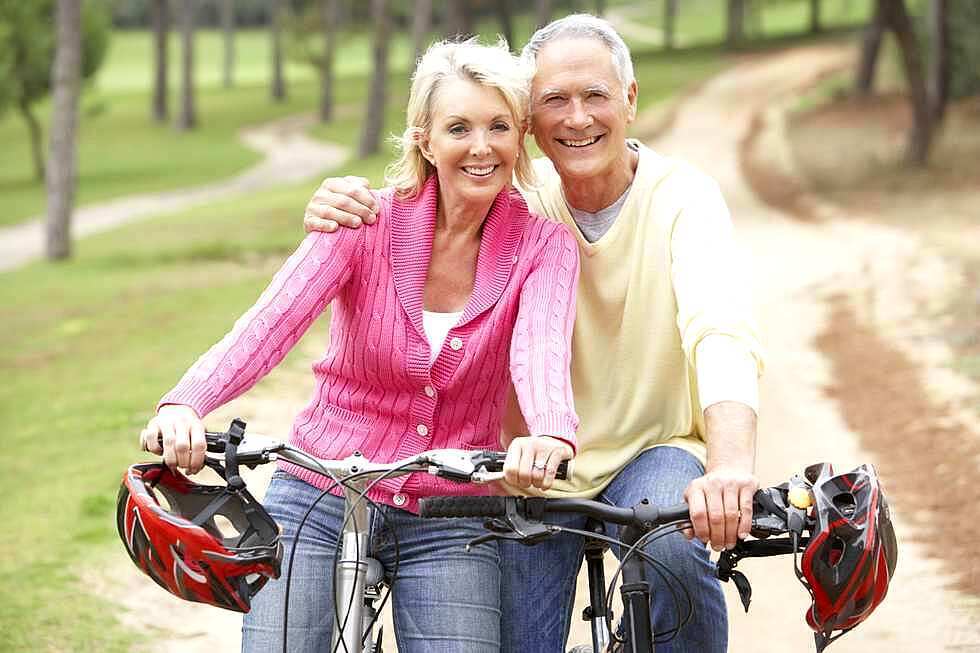 As time inevitably marches on, so does modern medicine. Life expectancies gradually get longer and longer as medicine progresses. Unfortunately, that doesn’t mean we’ll spend those added years in great health. Contributing factors to lesser health include our environment, diet, lifestyle and even behaviour. Physicians and thinkers such as Halbert Dunn, Jack Travis, Don Ardell, Bill Hettler and others have given us a better understanding of our well-being and how to improve it. Some of the methods they’ve mentioned consist of physical and mental exercises, being aware of and controlling your emotions, spiritual calmness and more. Even social aspects such as connecting, interacting and helping people can help with our well-being.

A British study has looked at population projections and the incidence of disease – in 2035! The results show that the number of people over 85 suffering from at least four diseases is expected to double by 2035. But the most striking finding relates to those of us who are 50 to 59 years old today and will be between 65 and 74 at that time. They are more likely to have two or three diseases compared to today. We now know more about the reasons for this development. Of course our genes play a role, but they are not solely to blame – we ourselves contribute a lot! It is estimated that only 25% of life expectancy is influenced by our genetic predisposition. Although genetic factors affect longevity, we change the expression of our genes (epigenetics) every moment of our existence through our behaviour, diet, lifestyle and environment. The harmful effects of certain risk behaviours (tobacco, alcohol, etc.) are widely considered to be established, as is the direct link between the increase in obesity and physical inactivity and the risk of developing multiple diseases (chronic diseases, cancers, etc.). The detrimental effect of chronic stress on health is also now better known. Stress is thought to contribute to the onset of many diseases or to worsen their course. For example, stress increases the risk of myocardial infarction by a factor of 2.5. In addition to cardiovascular disease, chronic stress has an impact on the development of many other diseases (some skin diseases, type 2 diabetes and cancer). It also weakens the immune system. While maintaining and improving health is a collective challenge that depends on external or environmental factors (including health systems), it is also the responsibility of the individual through lifestyle choices aimed at maintaining physical and emotional well-being.

The link between well-being and health is not a completely new fact, but that awareness of it very much is.

It has long been known that health and well-being are interrelated. As early as 1946, the World Health Organisation (WHO) defined health as “a state of complete physical, mental and social well-being and not merely the absence of disease or infirmity”. Health, in its broadest definition, is linked to the concept of well-being. However, the evolution of behaviours has been much slower. It is easier to understand the difference between health and well-being: Health is a state of being, while well-being is a state of being. We are responsible for our own choices, behaviours and lifestyles, but they are also strongly influenced by the physical, social and cultural environment in which we live. Today’s world, with its changes too fast to adapt as a human being, its health and food crises, and its environmental phobias – pushed by an exaggerated media response – has reinforced the anxiety-producing component of our lifestyle. To cope with this, it has become increasingly necessary to find answers to maintain emotional balance and physical well-being in the spirit of self-care. To convince oneself of this, one only has to look at the amount of internet searches on the topic of well-being or the number of articles on the subject. Even the scientific and medical community is now taking an interest in the subject. Now that it has a better understanding of the subject, it readily admits that well-being plays an important role, complementary to medicine, in disease prevention and better ageing.

Today, well-being is no longer defined merely as the pursuit of happiness.

The definition of well-being cannot be summed up as “a pleasant state resulting from the satisfaction of the needs of the body and the tranquillity of the mind” (Larousse). Therefore, it is certainly more accurate to use the English word “wellness” to speak of it. The concept of wellness was used in the United States as early as the late 1960s to describe positive health aspects that are attainable by everyone and go beyond the mere avoidance of illness.Its meaning diverges from the term “well-being”, which is more associated with happiness and closer to the French definition. Since then, the wellness approach has gained visibility thanks to the impetus of an informal network of American physicians and thinkers (such as Halbert Dunn, Jack Travis, Don Ardell, Bill Hettler and others); their actions and work have contributed to a better definition of the concept of well-being as we understand it today and of the various activities to optimise it, which include in particular the following activities:

• Mental: engaging with the world around us through learning, problem solving, creativity, etc

• Emotional: being in touch with our own feelings (and those of others), being aware of them, accepting them and being able to express them.

• Spiritual: looking for meaning and purpose in our lives

• Social: to connect, interact, help other people and our communities.

• Environmental: Creating a safe and healthy environment; becoming aware of the role we play in improving our environment (instead of damaging it)

On the path to a totally holistic well-being

Awareness of the negative effects of lifestyle (multi-tasking, screens, stress, etc.), as well as diet or physical activity, on our brain health has been one of the most significant developments in recent years. With the increase in life expectancy, degenerative brain diseases (Alzheimer’s and other neurodegenerative diseases) have become of particular concern. They will have tripled by 2050. One of the consequences is also a better understanding of the mechanisms of action of various techniques (meditation, cardiac coherence, neuro-training, etc.) that contribute to healthy brain ageing by acting in the area of emotions, cognition (with special emphasis on attentional processes) and the maintenance of connected brain structures. To illustrate, the practice of meditation has now been shown to reduce anxiety, depression and stress and promote positive emotions. It also improves cognitive function, including attention, and preserves brain structures. Further studies are underway to prove the effects of these techniques and diet on the prevention of degenerative diseases. For example, can changes in eating habits delay the onset of certain dementias? The answer is yet to be found.

As you will have understood, maintaining optimal well-being in all its dimensions (physical, emotional and social) is essential to having a better quality of life, preventing disease and also staying healthy for as long as possible. If we analyse the lifestyles of populations in world regions with a higher density of centenarians (the famous “Blue Zones”), we recognize as a common denominator that in their lifestyles all the physical, mental and social characteristics that promote well-being are present. The main difference between them and the rest of the world is that they do not strive for a healthier lifestyle: they have always lived this way! However one defines well being, it remains an individual, proactive approach that consists of becoming aware and making choices, but these choices have to be permanent, which is a big challenge. This is perhaps the paradigm of well being for the future: ensuring that a healthy lifestyle becomes natural again, no longer experienced as a constraint but as a source of well being and pleasure. The effects on quality of life, health and better ageing would then be its consequence and not an end in itself.