“Living with grace” is an art… 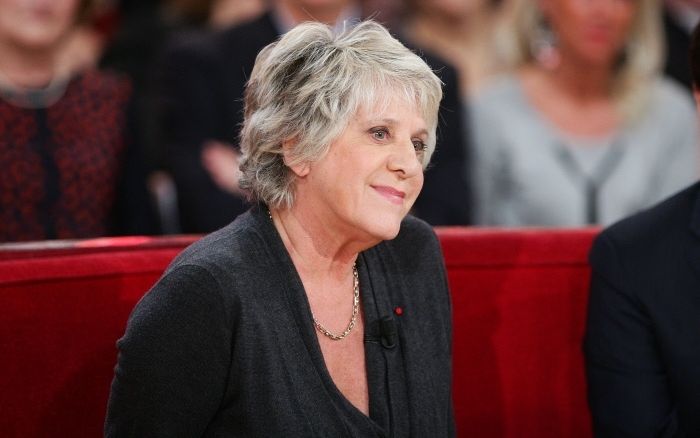 Living with grace is an art, as is aging with grace. It can take some time to get used to physical changes that happen as we grow older. Women experience this more than men, they’re judged more harshly. While wrinkles and other signs of aging are accepted in men, even favored in some cases, it’s the complete opposite for women. This is why women are taking precautions from early on, applying various skin-care products throughout their lives. Not only are tons of skin-care products available nowadays, one can even undergo cosmetic surgery to modify what they’d like. Cosmetic surgery should be considered with caution, it can definitely be overused and overdone. Although, it can be a good way to combat physical aging if done under the right circumstances.

In the world of French-language media, Canadian journalist Denise Bombardier is a star. Born in 1941, this intellectual with courageous opinions and a strong character has made a career out of her work on Canadian television, where for thirty years she hosted political, scientific and cultural programmes. She also worked for newspapers and magazines such as L’Express, Le Monde and Le Point, while pursuing a career as a writer and lyricist. Her fight for the defence of the French language earned her the title of Officer of the Legion of Honour and Knight of the National Order of Merit.

Today, still a contributor to the Journal de Montréal, Denise Bombardier divides her life between Florida, Canada and France, and has just published her twenty-first book: “Vieillir Avec grâce”.

In this book, you point out how men and women are unequal in front of old age…

Yes. For a man, getting wrinkles, having dark circles under his eyes and a face that is becoming more and more weathered is seen as an added charm. We all know men who have become much more beautiful with age than they were when they were twenty! For women, the opposite is true. Wrinkles and signs of age are frowned upon.

But don’t you think that men are much less able to bear the effects of ageing than women?

It’s certain that they have more difficulty aging than we do. It happens sneakily. In the beginning, everything goes well, and then suddenly, at around 65, they “break”, they suddenly show their age. Women prepare themselves very early, do everything to slow down ageing, think about it. Men, on the other hand, become aware of it when they realise that their virility is diminishing. This frightens them.

What is your relationship with age?

I have been challenged by this question ever since I realized that it was not the policemen and aeroplane pilots around me who were getting younger, but me who was getting older! Life expectancy has been pushed back, I live in Florida, an area that is getting younger. More and more women are having cosmetic surgery, and they are getting younger and younger. I’m afraid of not being attractive anymore, myself or others. But I’m not prepared to do anything.

Have you too succumbed to the siren song of cosmetic surgery, for which you are unapologetic in your book?

I’ve had my eyelids lifted and I have light injections once or twice a year. For me, it is important to remain presentable but to keep a very natural result. What makes me react is an exaggeration. When a woman has had three or four facelifts, we are in the middle of science fiction! Look at their faces… These operations transform them in-depth and they end up not looking like themselves. You can imagine the damage this can cause, both physically and psychologically.

You also devote a chapter of your book to the anxiety of growing old, which is the cause of the worst excesses.

Yes, because this anxiety still exists, even after having had a face-lift. We live in appearances, in the obsession of perfection, of eternal youth. This is what drives very young girls to undergo cosmetic surgery. We really need to be aware of this situation.

This book is very different from the others you have written. I’m thinking in particular of “The Englishman”, in which you tell the story of how you met your current husband, who is younger than you. What did you learn by tackling this book on the art of aging gracefully?

A lot, especially about skin. For example, you should not have a face-lift after the age of 70, because the skin does not recover in the same way.

Apart from the creams you mentioned, what is your way of dealing with age and taming it?

I think you have to cultivate your inner life. I am not religious, but I am a “sociological Catholic”! But one can have feelings of transcendence without having faith. I ask myself questions, I think that life is a gift. I think we should always be looking for meaning. My mother often told me that when I was born I was as good as dead, so much so that I was undone. She was crying in bed when a nun came to ask her what was wrong. She told her that I was going to die. The nun went to see me and came back to tell her: “She won’t die, because she has the taste of life in her eyes”. I love life, I love people, I come from a very popular background. I have no regrets, I enjoy eating and drinking. I believe that when we accept ourselves as we are, enjoying life, everything becomes easier! You were talking about my meeting with my husband. I think my real daily facelift is him!

Aging gracefully – Staying young at all costs or living life to the fullest”, Denise Bombardier, with the collaboration of Eric Dupont, doctor in physiology and endocrinology, Editions de l’Homme

← Prev: The new challenge of regenerative Medicine: A cell-free therapeutic approach Next: Benefits of gardening →