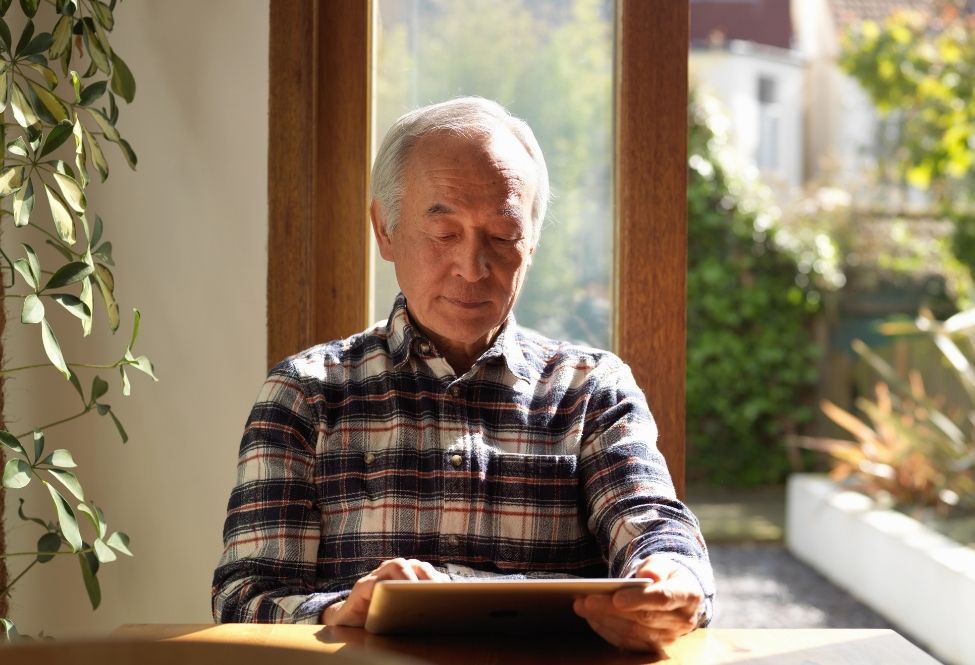 Benign prostate hyperplasia is a fairly common disease for elder men. In this condition, the prostate glands get enlarged. Thankfully, it’s not cancerous. What happens is, since the gland presses against the urethra, the bladder wall becomes thicker. This further means is that the bladder itself may weaken over time and lose the ability to fully empty itself. The inability to empty the bladder may cause serious issues. There are three types of treatments for benign prostate hyperplasia. They are Alpha-blockers, 5-alpha-reductase inhibitors, and phytotherapy. Of course, there is a surgical method of course, in which the urologist removes the hyperplasia bit by bit.

What is the prostate and what does it do?

The prostate is a chestnut-sized gland in the male reproductive system. Located below the bladder, it forms the first portion of the urethra, the tube that carries urine from the bladder to the outside. The multiple glands that make up the prostate secrete a fluid that accounts for about 30% of the volume of semen. The exact role of the different components of prostate fluid infertility is not well understood. The prostate fluid has an antibacterial effect and protects to some extent against urinary tract infections. Finally, the prostate has no hormonal function and therefore has no influence, positive or negative, on the ability to achieve an erection.

What changes does the prostate gland undergo as we age?

During the aging process, the prostate gland very often increases in volume with a multiplication of the glands and also an increase in the volume of the tissue surrounding the glands. This is in fact a benign tumor, which is called prostatic hyperplasia or, unfortunately, adenoma. Much more rarely, the prostate can be the site of cancer.

At what age do they appear?

Under the microscope, hyperplastic changes in the prostate can be seen as early as 40 or even 30 years of age. However, it is rare for a man to notice a manifestation of this hyperplasia before the age of 50.

Are all men affected?

If the prostate gland of 80-year-old men is examined under a microscope, 80-90% of them have prostatic hyperplasia. However, only 50% will experience urinary problems. Of this 50%, half will need medical or surgical treatment.

Do we know the biological mechanisms leading to benign prostatic hyperplasia?

The biological mechanisms leading to prostatic hyperplasia are numerous, subtle, and far from being understood. They are the subject of fairly intense basic research which has not yet had any impact on the treatment of patients.

Are there any predisposing factors for prostatic hyperplasia?

There are two basic conditions: getting older! (it is not a young man’s disease!) and having sufficient production of male hormone (testosterone). Heredity may play a role in patients with large hyperplasia before the age of 60. Because benign prostatic hyperplasia is a very common disease, it is difficult to identify factors that promote its development. For example, the frequency of sexual intercourse and smoking does not seem to play a role.

What are the symptoms of prostate enlargement?

The symptoms of prostatic hyperplasia are mainly urinary, but also genital. Urinary symptoms can be arbitrarily divided into obstructive and irritative symptoms. Obstructive symptoms are: waiting to initiate urination, which is no longer immediate; voluntary or involuntary pushing with the abdominal muscles to initiate or terminate urination; weakening of the stream, which may be deviated or jerky; hesitant completion of urination, with the vast quantities of urine difficult to evacuate, often staining the pants after urination (delayed drips). Irritative symptoms include the need to urinate more often than in the past, for smaller amounts of urine, the need to wake up at night to urinate, and the urge to urinate, forcing the patient to rush to the toilet with the risk of arriving too late and wetting themselves. Irritative symptoms are much more troublesome for the patient than obstructive symptoms. In the vast majority of cases, patients experience a mixture of obstructive and irritative symptoms. There may also be a burning sensation, especially at the beginning of urination and fading at the end. When the disease reaches the end of its course and the prostate causes the bladder to expand significantly, the patient may experience incontinence, with the bladder emptying like an overflowing barrel. Many patients fear blockage, the sudden and very painful inability to urinate. This is a fairly rare event, affecting 1-2% of patients with prostatic hyperplasia over a year. Haematuria (blood in the urine) is rare. It most often occurs at the beginning of urination, more rarely the entire urine from the beginning to the end of urination. The genital symptoms are rarely a complaint of the patient, who quite often notices a less abundant and less violent ejaculation than in the past.

How can the diagnosis be made?

In most cases, there is no need for invasive examinations, such as the cystoscopy that patients always dread, to clarify the diagnosis. Ultrasound examination by passing the probe over the lower abdomen allows the bladder to be examined and a large number of anomalies (diverticula, stones, tumors) to be detected. It is also possible to measure the volume of the prostate and the amount of urine remaining in the bladder after urination (bladder residue). This procedure cannot distinguish between prostate hyperplasia and prostate cancer. Flowmetry is used to determine the strength (or rather weakness) of the urine stream and the amount of urine emitted. If the patient wishes to be tested for early prostate cancer, a blood test to measure the PSA (prostate-specific antigen) is recommended. Thus, there is no need to fear barbaric tests in the diagnosis of prostatic hyperplasia. In the event of doubt about the diagnosis, cystoscopy or urodynamic tests (pressure measurements in the bladder and urethra) are rarely necessary.

Can prostatic hyperplasia be prevented?

There is currently no known way to prevent prostatic hyperplasia.

Is there any medical treatment for benign prostatic hyperplasia?

There are three types of medication available:

b) 5-alpha-reductase inhibitors: they prevent the use of testosterone by the prostate glands and the gland partially atrophies, with a reduction in the volume of around 20%. This drug is only effective if the prostate is at least 40 grams large. The full effect is only felt after 6 months. Patients taking these treatments usually experience a significant improvement in their symptoms. Objective improvements in stream strength and bladder emptying are usually modest. The risk of having to undergo an operation or suffering from bladder blockage is halved compared to prostatic patients without treatment.

c) Phytotherapy: (extracts of various plants: saw palmetto, nettle, etc.) is less effective than the two categories of drugs already mentioned, but its effectiveness is greater than that of the placebo. Its use is recommended for patients who like “natural” medicines and in case of intolerance to the first two categories of medicines.

What are the different surgical/instrumental treatment options for prostatic hyperplasia?

The procedure that remains the gold standard is endoscopic prostate resection. The urologist removes the prostate hyperplasia piece by piece with an instrument inserted into the urethra, using an electric loop to cut the prostate tissue and control the bleeding. The glands that you have as a young man, which are pushed back by the hyperplasia and form a shell, remain in place. This means that the entire prostate is not removed. Cancer can still develop in this residual shell. The operation under peridural or general anesthesia usually lasts less than an hour. After the operation, a catheter is placed in the bladder for three to four days and the patient is discharged on the day it is removed.

In 5% of patients, hyperplasia is very large and requires open surgery through an incision in the lower abdomen. The risks of these operations are very low at present.

In the immediate aftermath, it is rarely necessary to intervene to stop bleeding. Mortality and the risk of incontinence are less than 0.5%. A narrowing of the urethra or prostate gland may develop in the weeks or months following surgery in 2 to 3% of patients.

All kinds of energy have been used to destroy prostate tissue: laser, microwave (thermotherapy), cold (cryotherapy), etc. Despite pressure from the industry and the public’s attraction to the “new” (which is all the more effective the less it is understood), none of these methods has dethroned endoscopic resection.

When should they be used?

The aim of the operation is to relieve the patient of his urinary problems. A good indication for surgery is the result of the patient’s conviction that he wants to get rid of his problem and the urologist’s conviction, based on his investigations, that he will meet the patient’s expectations.

What are the risks of not treating the problem?

Patients often fear infection, especially if they know that their bladder is not emptying completely. In reality, infection is favored by other factors such as diabetes or immune deficiency. The most common cause of recurrent infections in men is chronic bacterial prostatitis. If the patient neglects his symptoms, the prostatic obstruction will result in the extreme of chronic bladder retention with a urine residue of up to several liters! This can prevent the free flow of urine from the kidneys and lead to kidney failure. The treatment is the placement of a catheter in the bladder to be worn until renal and/or bladder function is restored. The bladder must regain normal sensation and contraction strength. Only then can the patient benefit from prostate surgery. These cases are rare and even more rarely the result of a “silent” evolution, i.e. without symptoms alerting the patient.

After prostate surgery, the bladder neck remains open all the time. It can no longer close during ejaculation and so the semen goes into the bladder where it is diluted in urine. The sensation of orgasm is not lost, it can even be experienced as more pleasant than before the operation. This is called “dry” pleasure. Occasionally, but relatively infrequently, the patient may lose the ability to erect. There are now effective ways of dealing with this.

No. It should be remembered that medical or surgical treatment of hyperplasia does not protect against cancer.