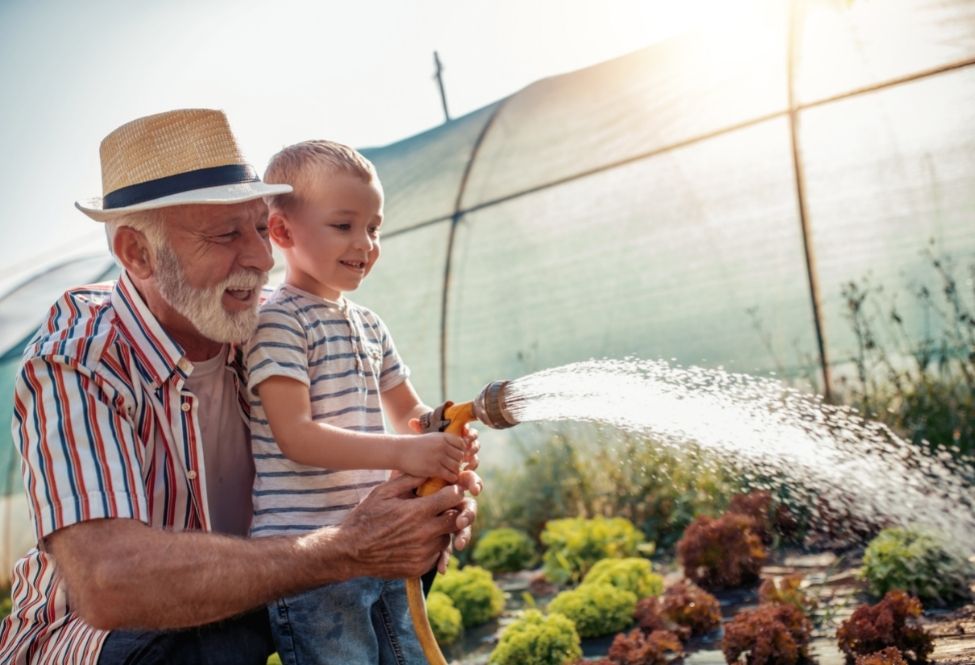 Becoming a grandparent can be the most wonderful experience. Grandparents have, of course, already raised children of their own, so they can take it easy and enjoy time with their grandkids more! Relationship between a grandparent and the grandchild is more relaxed, open, and sometimes it can even be more fun since there’s usually less stress involved. Grandparents can also help the parents by taking care of children when needed, babysit them, or just bring them somewhere to spend quality time together. It’s a beneficial experience both for the kids and the grandparents that also extends to parents as well!

The image of grandparents has changed considerably over the centuries. The term “grandparents” (replacing the term “ancestors”) and the image we have of our ancestors today date back to the 19th century and go back to the Enlightenment. In the past (around 1800), there was often a large age difference between spouses, so children often knew only some of their grandparents (mostly on the mother’s side, as the mother was generally younger). The cohabitation of different generations was commonplace, as the children cared for their elderly parents.

The grandfather was an authoritarian patriarch. In the century of Enlightenment, Diderot helped change this image by portraying grandparents as givers and sources of boundless affection, quite contrary to the traditional image.

The grandparents as we imagine them today, especially on the basis of children’s books (the grandmother who cares for and spoils everyone, sitting in a rocking chair with a book of fairy tales in her hand), correspond to bourgeois values of the 19th century. For Stendhal or Michelet, they are keepers of values. This awareness of valuable knowledge of our ancestors, which grandparents preserve and pass on, is still an important element today in relation to the symbols associated with the ancestors.

THE ROLE OF THE GRANDPARENT WITHIN THE FAMILY

A generation with élan

Today’s grandparents play an increasingly important role as they remain active within society. For the first time in human history, several generations are living side by side. It is not uncommon for children to still have their great-grandparents. This situation forces young, formerly working grandparents to find a new role. Claudine Attias-Donfut calls them the “generation with élan”.

She provides an exchange between the generations (also a material exchange). Often, grandparents, less stressed by the rhythm of daily life and less concerned about school results, support their children in their educational tasks and the grandchildren very quickly get used to their presence, to their precious attention.