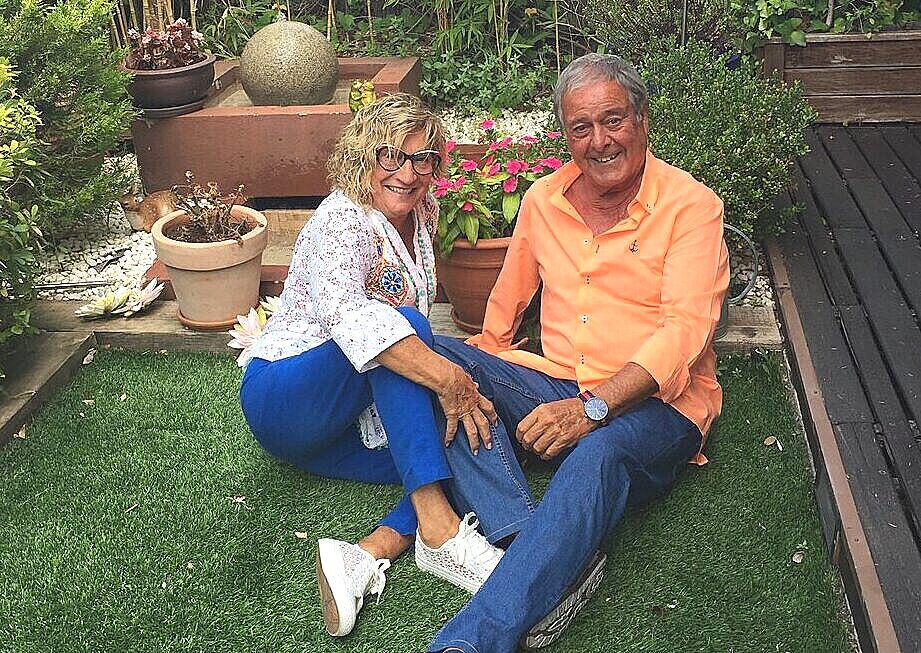 Aging is one of those unavoidable things in life. Technically, we age because our macromolecules of which we consist gradually get damaged. What’s even more interesting, about 30% of our resistance to aging is our genetic makeup, while the other 70% is from environmental and behavioral influences. As we all know, physical exercise alongside a healthy nutritional diet goes a long way for successful aging and keeping healthy. Medicine keeps improving one day at a time and it will only get better, which in result can slow down the aging process greatly.

If you want to age successfully, keep reading the article from Prof. Jacques Proust.

Why do we age?

We age because the macromolecules of which we are composed (proteins, lipids and nucleic acids) are gradually damaged. Because of this molecular alteration, certain essential biochemical reactions will be modified, compromising the normal functioning of our cells.

This change in cellular metabolism, in turn, leads to organ and system dysfunction and ultimately to a general physiological decline and the development of disease.

What can be done to limit the damage?

Maintaining good health is not incompatible with advancing age. Simple preventive medicine actions contribute significantly to preserving our health and maintaining our youth capital. Two-thirds of the diseases responsible for early death can be prevented.

To increase our chances of aging well, it is essential to avoid behavioral risks such as smoking, alcoholism, poor diet, obesity, lack of exercise, etc.

We can also increase our chances of aging “well” by trying to detect and treat as early as possible the physiological changes that can negatively affect our health as we age. To this end, increasingly precise biological markers are available to assess the degree of deterioration of a particular organ or system and to identify risk factors that may ultimately lead to organism dysfunction or disease.

Finally, there is a golden rule in more general terms when it comes to preventing aging: “Function sustains the organ.” Any unused function leads to damage of the corresponding organ. Therefore, maintaining efficiency means continuing the activities at the same pace and intensity, if possible. Obviously, this self-discipline requires more effort and willpower as we age, but this is where it is important not to give up.

The major discovery from biomedical research is that the phenomenon of aging is not as immutable as previously thought. Some of the fundamental mechanisms involved in the senescence process have been elucidated. As our understanding of aging progresses, new therapeutic strategies are being developed that allow us to partially block the inner workings of aging. Slowing down the aging process itself now appears to be one of the possible solutions to delay the onset of physiological decline but also of age-related degenerative diseases. If it is not possible to become younger, it is possible to influence the speed of the aging process and to modify some of its manifestations.

What role does nutrition play?

It is generally accepted that 30% of our resistance to aging is due to our genetic makeup and 70% to the environmental and behavioral influences to which we subject our body and among which our eating behavior plays a major role.

Interactions between genetic and environmental/behavioral factors operate throughout our life span. Some of the epigenetic mechanisms of our aging can be counteracted by preventive nutritional interventions regarding caloric intake and components of our daily diet if initiated early enough.

Depending on our heredity and life history, some of our organs and systems will undergo accelerated aging and early physiological deterioration (cardiovascular disease, neurodegenerative disease, chronic inflammation, bone demineralization, loss of muscle mass, skin deterioration, etc.). In addition to the specific treatments proposed for these pathologies, appropriate changes in our diet can slow down the evolution of these physiopathological alterations and probably increase our life expectancy.

Advancing age is itself a risk factor for dietary imbalances and multiple nutritional deficiencies. Generally speaking, aging affects both the absorption of certain nutrients and their consumption due to physiological, psychological and social changes.

Long-term adherence to the traditional Mediterranean diet is associated with increased longevity and a decreased risk of developing chronic diseases such as cancer, metabolic syndrome, depression, cardiovascular and neurodegenerative diseases. Studies show that certain food components such as olive oil, anti-oxidants, omega-3 and omega-6 polyunsaturated fatty acids, polyphenols and flavonoids are directly involved in the anti-aging effects of this diet.

Does physical activity slow down aging?

It is now well established that regular physical activity throughout life, supplemented by healthy eating habits, increases life expectancy. One of the most interesting studies was conducted on a population of nearly 17,000 people aged 35 to 74. It clearly demonstrated that the mortality rate was 25% to 30% lower in people who consumed at least 2,000 calories per week through physical activity than in those who were sedentary. The amount of physical activity required to burn the required 2000 calories is equivalent to about 5 hours of brisk walking or 4 hours of moderate walking per week. Only those who remained active throughout the duration of the study benefited from longer life expectancy and better quality of life. However, the benefits of physical activity were not cumulative. They lasted only as long as the subjects remained active. On the other hand, it seems it’s never too late to get active and reap the health benefits.

On the other hand, a sedentary lifestyle is a much more serious threat to health than the aging process itself. According to studies, this lifestyle alone is responsible for more than 50% of the structural and functional changes usually attributed to the senescence process. Osteoporosis, high blood pressure, high cholesterol, depression and chronic fatigue are closely associated with a sedentary lifestyle.

What about dietary supplements: Do they have any benefit?

It is obvious that an unbalanced diet and/or nutrient deficiencies must be corrected by appropriate means (protein-energy, vitamin, mineral supplements, etc.) when identified. It is equally obvious and proven by numerous studies that the uncontrolled use of multiple supplements is useless and sometimes even harmful. This anarchic and often anomalous supplementation with numerous multivitamin compounds used at the same time can even sometimes prove dangerous due to the risk of overdosing on certain elements (e.g. vitamin A, selenium) due to their redundancy within the various specialized products on the market.

At what age do we start aging?

Our bodies and the elements that compose them age differently and at different rates. Some people seem to have a relative resistance to aging that is partly hereditary; there are families in which the majority of people end their lives at a very advanced age, without any previous deterioration in their health. Conversely, other people age more rapidly and see their lives cut short early, perhaps because of a genetic predisposition to certain diseases, but also and especially because of lifestyles and individual behaviors that waste their health capital.

What progress has been made in understanding the aging process?

Since it was first observed in the 1930s that caloric restriction extended the lifespan of most organisms, many biomedical interventions have been shown to interfere with the aging process.
More recently, it has been discovered that a universal genetic mechanism, highly conserved throughout evolution, appears to control the rate of aging in most species. In other words, the same genes encoding the same biochemical pathways can alter the rate of aging in yeast as well as in worms, flies, or mice.
As our understanding of aging grows and new biochemical pathways are discovered, therapeutic strategies are being developed that allow us to partially block the internal workings of aging. Pharmacological agents available to us today include products to neutralize certain toxic molecules produced by our own metabolism, eliminate aging cells that contaminate our organism, maintain our production of energy molecules (ATP), activate our cellular maintenance and repair mechanisms, and promote chemical communication between cells. Slowing down the biological aging process is therefore another important step in the fight against aging.

← Prev: Becoming a grandparent Next: Ćevapi →