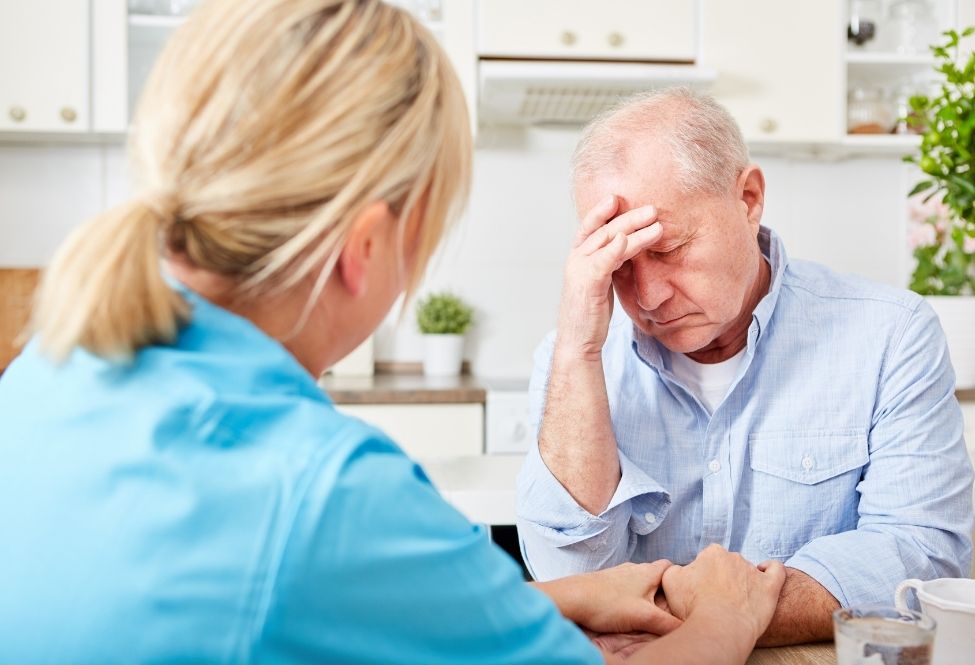 Alzheimer’s disease is a type of dementia that is directly linked to our memory. It’s actually the most often type of dementia, ranging between 60% and 80% of all dementia cases. Since it’s a progressive disease, it gradually worsens over time. There seems to be a connection between sleep and Alzheimer’s disease. Amyloid is secreted during sleep and having a short duration of sleep means an increased risk of dementia. Alzheimer’s currently has no cure, but there is a treatment that consists of removing the amyloid altogether.

If you want to learn more, keep reading the article by Dr. Jean-Yves Sovilla.

Alzheimer’s disease is characterised by a progressive attack on the brain, but rarely depends on genetic preconditions. It mostly depends on age and a number of personal, lifestyle and environmental risk factors.

Degenerative brain diseases are in principle linked to a change in proteins. These proteins become indestructible as a consequence of a “design defect”. Normally, proteins are produced according to the “recipe” anchored in the genes, fulfil their function, and are then cut into small pieces: by a specific enzyme that attaches itself to this protein in order to destroy it with a chemical reaction. Both molecules have to fit together like a key in a lock. If the protein is deformed even a little, the chemical reaction becomes impossible, the protein is not eliminated but continues to be produced. Then it forms toxic accumulations. In Alzheimer’s, two abnormal proteins are produced: inside the cell, the tau protein is the cause of fibril degeneration, and outside the cell, the amyloid is found amid the senile plaque, deposits in which the axons (filaments with which neurons connect to communicate) are lost and die.

Today, one can safely (and without waiting for the autopsy!) measure the number of senile plaques with a PET scan, thanks to a radioactive, harmless marker that binds to these plaques.

In Alzheimer’s disease, the quality of the blood circulation, blood pressure and oxidative stress play a crucial role. The organism produces aggressive substances for the tissues: hydrogen peroxide H2O2, which splits into a highly toxic hydrogen atom O and water H2O, but also other molecules such as hypochlorite ClO (“Javel”), nitrogen oxides NO, etc. These substances are quickly eradicated if the blood circulation is functioning well and the intake of vitamins and trace elements through food is sufficient. But if they persist, they attack the cells and provoke mutations, such as those that cause cancer.

Oxidative stress, especially if there are concomitant risk factors such as blood vessels damaged by high blood pressure and diabetes, is partly responsible for the changes in the small, central blood vessels in the brain, a phenomenon that participates in brain degeneration.

RISK FACTORS DUE TO SLEEP DISTURBANCES

Amyloid is secreted during sleep, therefore the link between sleep and amyloid accumulation is likely.

To confirm this hypothesis, the following experiment was conducted: a catheter (like for a peridural anaesthesia) is inserted through a lumbar puncture to measure the amyloid content. There are 3 groups of volunteers:

The result of this experiment confirms the sleep-wake cycle related fluctuation of amyloid. During sleep, amyloid levels drop significantly in the younger subjects, indicating that amyloid is being eliminated. The fluctuations are somewhat weaker in the group of persons over 60 with a normal PET scan, and show even lower values in persons over 60 with an abnormal PET scan. The interpretation is that the expansion of the brain during sleep makes the elimination of amyloid possible. Poor sleep, poor clearance of amyloid. So it is estimated that the reduction of duration or quality of sleep:

The pathology is at the centre of increased oxidative stress and the consequences for the metabolism, the vessels and the brain.

This pathology arises from breathing problems during sleep and its development over the years:

How likely are you to nod off or fall asleep in the following situations?

0 Never nod off or fall asleep

1 Low probability of nodding off or falling asleep

2 Medium probability of nodding off or falling asleep

3 High probability of nodding off or falling asleep

2. Watching TV or sitting in front of another screen

4. As a passenger in a car during a one-hour drive without a break

5. When lying down in the afternoon, if circumstances allow

6. In an armchair after a meal without alcohol

7. When sitting and talking to someone

8. When you are the driver of a car and have to stop for a few minutes due to traffic

If the points of the 8 questions add up to 10 or more, your daytime sleepiness is increased. If witnesses hear you snoring, you should consider the possibility of sleep apnoea syndrome.

WHEN IS THERE ANYTHING TO WORRY ABOUT?

Snoring does not necessarily mean sleep apnoea syndrome: 19-37% of the population snores, 50% of men over 50 snore, 60-70% of snorers have apnoea. The following symptoms make a clarification necessary:

Long-term use of benzodiazepine-type sleeping pills has been shown to increase the likelihood of dementia, proportional to the duration of use and the effect of the drug. Some of these sleeping pills have such a lifespan that the brain is constantly under their influence. For example, certain benzodiazepines have a half-life of 40-100 hours, which means that taking one tablet 7 nights in a row is equivalent to taking 5 tablets at once.

Among the factors that reduce the likelihood of developing Alzheimer’s disease, good quality sleep is important. Disturbed sleep, whether from simple restriction, intentional or due to chronic insomnia, as well as from a medical condition such as sleep apnoea syndrome, needs to be investigated and treated. And it should be done at a young age, or when symptoms of poor sleep start to accumulate. If these symptoms are present, you should talk to your doctor, who may refer you to a specialised centre for evaluation.

← Prev: Sleep and its brain functions Next: Vision and diabetes: one more worry!? →