Navigation of total knee prostheses, or when the computer invites itself to the operating room… 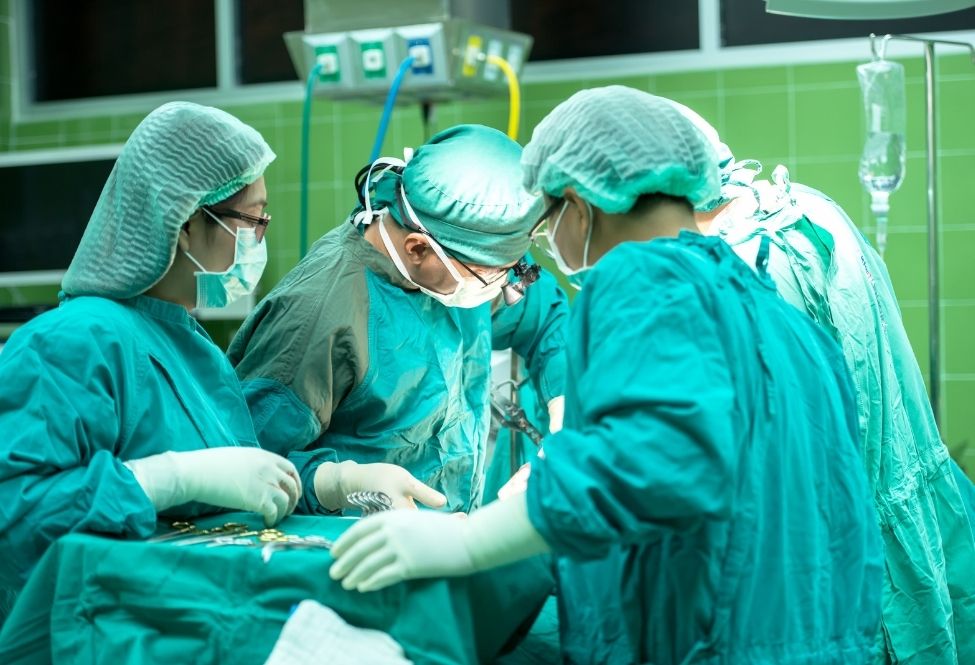 The limitation of conventional techniques has been improved upon time and time again to make for much better results. One of the improved technologies and methods is called a total knee prosthesis or TKP for short. It replaces damaged articular surfaces in the femur, tibia, and patella. It greatly reduces the risk of misalignment, even though it makes the surgery a couple of minutes longer. The next step is seemingly going to be a computer-operated robotic arm that will perform bone cuts with incredible and ever increasing precision.

In order to learn more about the next evolution in this field, read the article by Prof. Olivier Guyen.

Due to the aging population, the increasing prevalence of osteoarthritis and obesity, and the growing availability of care, total knee replacements (TKP) are being implanted with increasing frequency in Switzerland. These procedures regularly result in indolence and excellent joint function outcomes. However, despite these excellent results, approximately 20% of patients remain less than fully satisfied because the functional outcome does not meet their expectations and/or pain persists. It has been clearly demonstrated that the success of a TKP is closely related to the accuracy of implant positioning.

Nowadays, when the quality of materials and the design of implants have reached a very high level of performance, the precision of the surgical procedure remains an essential factor for success. Standard or “conventional” implantation techniques have been progressively perfected and use so-called “mechanical” instruments. The latter is designed to allow the surgeon to make different bone incisions depending on preoperative planning. The positioning of the implants depends on these bone cuts. The surgeon’s goal, thanks to this “mechanical” instrumentation, is to reproduce the preoperative planning using visual or palpatory bone markers or on the instrumentation itself. The interpretation of these reference points is at the discretion of the surgeon, who validates them empirically. Given these elements, there is a risk of inaccuracy, and the surgeon’s experience is of significant importance.

The limitations of conventional techniques have led to the development of alternatives, with extensive use of computer technology and engineering advances to optimize implementation accuracy and long-term results.

While these two techniques have the same goal, they are conceptually opposite:

• Individual incision guides are developed prior to surgery based on preoperative imaging (MRI or CT). A three-dimensional reconstruction of the joint is created, from which the size and positioning of the implants are simulated in software. After validation by the surgeon, the planning is used to create blocks with a 3D printer that are positioned on the surface of the femur and tibia (to whose shape they are perfectly adapted). These blocks are provided with a slot that guides the saw blade during bone cutting and is aligned according to the planning. Once the cutting guides are made, they are sterilely packaged and delivered for surgery. It is important not to confuse this technique with custom-made implants, whose concept is completely different.

While attractive, the concept of individual cutting patterns has two main drawbacks: It leaves very little room for adjustment during the intervention if conditions differ from those considered during planning, and it does not provide real-time data during the intervention. Once the incision is made through the guide rail, the surgeon has no way to ensure that the incision is proceeding as planned, other than a simple visual check.

• Surgical navigation consists of the introduction of a computer coupled with infrared cameras into the operating room, which tracks the positioning of bone elements, instruments and implants in space (with millimeter and degree accuracy) in real-time (Figure 1).

In contrast to individual incision guidance, navigation support allows you to dispense with three-dimensional preoperative imaging. Morphological data of the joint are obtained during surgery by directly scanning the bone surfaces. This explains why navigation support extends the duration of the operation by about ten minutes. With these data, the computer can make an immediate three-dimensional reconstruction. The surgeon has real-time access to static data (3D dimensioning, axis analysis), but also to dynamic data (mobility amplitudes, patella guidance monitoring, degree of ligament tension). This system allows to control the performed bone cuts in comparison with the planned ones and offers the possibility of correction. Likewise, the positioning of the implants can be adjusted at any time according to the findings during the operation, leaving a high degree of adaptability.

Basically, the knee joint allows flexion and extension movements and must remain stable during movement. The patella, which is located in front of the knee, slides over the anterior surface of the distal (lower) part of the femur and its displacement is called the “patella guide”.

The principle of a total knee prosthesis (TKP) is to replace damaged articular surfaces in the femur, tibia, and optionally the patella. The collateral peripheral ligaments (medial and lateral) are preserved, while the cruciate ligaments (anterior and posterior) are most commonly sacrificed.

Bone cuts in the tibia and femur must be performed according to precise criteria so that the planned postoperative alignment is achieved. However, alignment is not the only parameter that guarantees the outcome of a TKP. The implants must also be accurately sized, and a balanced amount of tension must be achieved between the two collateral ligaments, both in extension and flexion. This is a ligament balance that ensures good joint stability during flexion/extension movements. Finally, whether its articular surface is preserved or replaced, the patella must remain centered in front of the femoral implant during flexion/extension.

A TKP is only satisfactory in terms of function and pain if all these parameters are under control.

Navigation was introduced for TKP in the late 1990s with the aim of optimizing the control of these different parameters. The principle is to obtain morphological data of the tibia and femur during surgery by simply palpating the bone surfaces. The software performs a three-dimensional reconstruction of the joint and suggests an implant size for the femur and tibia. The system determines the flexion/extension amplitudes of the knee before implantation (Figure 2), as well as the respective degrees of tension of the medial and lateral collateral ligaments. It then guides the surgeon to make bone cuts in the tibia and femur to reproduce the desired alignment of the lower extremity. Navigation allows real-time control and correction of a bone cut if necessary. It also allows the surgeon to control the degree of tension between the 2 collateral ligaments during extension and flexion to ensure the stability of the prosthesis. Finally, the navigation system assists the surgeon in positioning the femoral component to optimize patella guidance during flexion/extension.

Navigational assistance is a technology that responds with precision and reliability to the limitations of standard “mechanical” instruments. Its evolution (miniaturization of instruments, ergonomics, user-friendliness of software) over the last decade has increased its attractiveness. Although it adds a few minutes to the operating time, it has the advantage of making the surgical procedure safer by controlling the various parameters in real-time to help the surgeon achieve the goal set during preoperative planning.

Recent data in the literature confirm the value of navigation support in significantly reducing the risk of misalignment. Encouraging data are emerging reporting a lower risk of revision for TKPs implemented before age 65 with navigational support and marginally better functional outcomes than those achieved with conventional systems.

In an age when computers and technological innovations have invaded our daily lives, both at home and on the go, it’s not surprising to see computers in operating rooms…

This development opens up promising future prospects, in particular the development of so-called “active” navigation systems, where navigation can be coupled with a robotic arm to perform bone cuts with ever-increasing precision, in the hope of constantly improving the service provided to patients.

← Prev: Is dancing old-fashioned? Certainly not! Next: Getting your looks back with smart cosmetic surgery →