Everything you always wanted to know about magnesium! 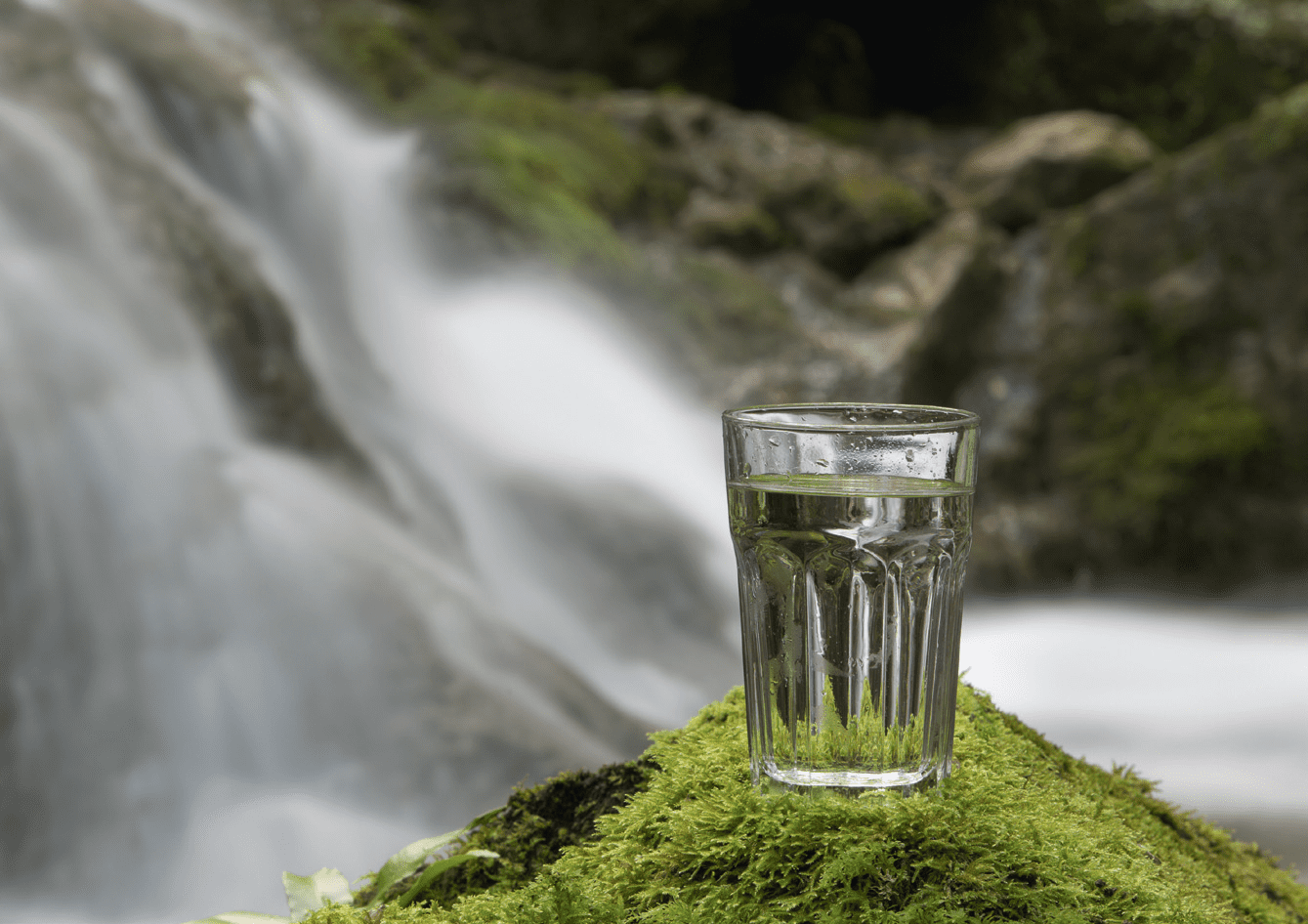 Magnesium has many beneficial effects on us. It is a known powerful laxative and it also helps to dilate the body’s excretion channels. If put on the skin, it can help relieve tiredness and pain, and it can also relax muscles. It’s definitely one of the vitamins that’s essential to our bodies. There is a certain dosage of magnesium intake we should follow because overstepping the limits can produce negative effects. As it usually is, a varied, balanced diet is always recommended to make and keep us as healthy as possible.

To learn everything you always wanted to know about magnesium, keep reading the article by Dr. Pierre-Olivier Lang.

Magnesium sulphate has been a powerful laxative when ingested since ancient times. It is also said to have the ability to dilate the body’s excretion channels (bile ducts, intestines). In contact with the body and the skin, in aqueous solutions, it is supposed to relieve, soothe tiredness and pain, and relax the muscles. Spas and other institutes offering hydrotherapy, aromatherapy and phytotherapy often advertise this ancient relaxing salt as a remineralising and revitalising agent, as a peeling or body bath. Due to its high density, a concentrated solution of Epsom salt (the town in the south of England where these salts were extracted) can float a person and is used in sensory isolation chambers. It was not until 1920 that magnesium (Mg) was first measured in blood and identified as an essential element for life. It is a cofactor in over 300 enzyme systems.

From the prevention of muscle cramps to its role in the prevention of arrhythmias and cardiovascular disease, to its neuroprotective effect, Mg supplementation is making a comeback as evidenced by the increase in its use in daily life. It has also been clearly shown that our Mg intake is insufficient (50% of North Americans have an intake deficit). The quality of the modern Western diet is being blamed, as well as intensive agriculture reducing the Mg content of fruit and vegetables and food processing removing up to 90% of the content from commodities.

Magnesium is one of the minerals that are essential for our body.

The adult human body contains about 25 g of Mg, 50-60% of which is located in the bone. The rest is essentially in our cells (25% in the muscles) since its circulating form represents only 1% of the total content of the body.

There is no consensus on the most reliable means of assessing Mg status. Determination of blood and/or erythrocyte levels only reveals abnormalities in cases of significant deficiency. Although the measurement of erythrocyte Mg (intra-red blood cell) seems to be the most reliable, there is no reliable and standardised test to measure the real Mg status of the body.

What is it used for?

If in the bone, Mg participates in the constitution of the peripheral layer of the bone crystal, in our cells, its presence is decisive. Mg is involved in energy production, in the synthesis of nucleic acids (important constituents of DNA) as well as omega-3 and omega-6 fatty acids. Its role is essential in muscle contraction. It opposes the penetration of calcium into the cells, contributing to membrane stability. It is involved in the cascade of oxidative stress reactions (oxidative balance). Mg is closely linked to phosphocalcic metabolism and in particular to the various stages of vitamin D activation. Finally, it participates in the regulation of our body’s potassium level.

Its absorption and metabolism

Our digestive tract absorbs 30 to 50% of the dietary Mg ingested. Absorption takes place throughout the digestive tract, but especially in the distal part of the jejunum and ileum. Absorption is essentially passive and increases with intake. Active, regulated absorption only occurs at low levels of Mg intake. Absorption is enhanced by vitamin D, parathyroid hormone, and estrogen, and is limited by hypermagnesemia and hypercalcemia.

It is eliminated by the kidneys, but most of the Mg filtered in the urine can be reabsorbed. Thus, in case of high dietary intake, the kidney eliminates the excess because the renal reabsorption mechanism is saturated. Conversely, when the intake decreases, renal reabsorption can concern up to 95% of the filtered Mg. Acute alcohol intake favours urinary Mg leakage, but the frequency of Mg deficiency in chronic drinkers is actually more indicative of inadequate dietary intake.

In adults, including seniors, the average Mg requirement is 350 mg/day or about 5 mg/kg/day. However, with this intake, in theory only the needs of 50% of people are met. The Recommended Dietary Allowance (RDA) is generally set at 6 mg/kg/day, which still seems insufficient in view of recent observations of significant intake deficits in the general population.

Mg is found in many foods, so a balanced and varied diet should in theory cover requirements. The main sources of magnesium are shown in the table below:

Hypomagnesemia: causes and consequences A distinction is made between moderate hypomagnesemia (< 0.7 mmol/L) and severe hypomagnesemia (< 0.4 mmol/L). Severe Mg deficiency is usually accompanied by biological abnormalities that are easy to detect. In the absence of a reliable assay technique, the diagnosis of moderate deficiencies is more difficult.

The manifestations are always specific but the presence of hypocalcaemia or hypokalaemia often leads to a suspicion of the diagnosis.

The causes are multiple and are divided into two main families:

deficits in digestive absorption and excess renal losses. The measurement of the Mg level in the blood should therefore only be considered in certain situations:

Defect in digestive absorption of magnesium:

In the absence of recommendations, it seems reasonable to first institute oral supplementation with a well-established safety profile (288-360 mg/day), in the absence of severe hypomagnesemia or hypokalemia/hypocalcemia. A risk of iatrogenic hypermagnesemia is nevertheless possible in people with chronic renal failure (clinical signs: lethargy, decrease or even abolition of osteotendinous reflexes, paralysis, somnolence or even coma, hypotension, cardiac arrest).

Other uses of magnesium

Cramps are a very frequent reason for consultation, for which Mg treatment is widely proposed, alone or combined with other nutrients. However, this supplementation has never been shown to be effective in reducing the frequency, intensity or duration of cramps. The reason is that the origin of cramps is multi-factorial and associates, with possible hypomagnesemia, circulatory and hydroelectrolytic disorders including hypokalemia. Specifically in athletes, although Mg requirements are often very high (increased renal excretion and loss through perspiration), Mg supplementation has no effect on performance. In fact, dietary Mg intake is naturally increased in sportsmen and women through a higher calorie diet that also covers this need.

The effect of Mg in this indication has been debated for decades. While hypomagnesemia is a recognised factor in certain rhythm disorders, the benefit of Mg treatment in the absence of hypomagnesemia is much less clear. The studies are very small and further evidence is still needed before recommendations can be made.

Evidence has shown a link between Mg and some cardiovascular risk factors such as type II diabetes and hypertension. However, studies analysing the effects of Mg supplementation on the control of blood glucose or glycated haemoglobin (HbA1c) and on that of hypertension have produced either contradictory or disappointing results that cannot at present lead to a recommendation.

The “calcium antagonist” effect of Mg has been known for a very long time and is potentially associated with an antihypertensive effect. Its role in regulating the excitability of the NMDA (N-methyl-D-aspartate) receptor is more recent. These data have suggested the possibility of a neuroprotective effect of Mg, particularly after ischaemic or haemorrhagic stroke. However, to date, no confirmation of this effect has been reported.

The hypothesis of diet-related “cellular deficiency” and its potential link to certain chronic diseases, as well as the intrinsic beneficial effects of Mg, do not justify Mg supplementation beyond the correction of simple hypomagnesemia. However, there are still no reliable means of assessing our Mg status: measuring plasma or erythrocyte levels can only confirm deficiencies that have already been proven. In order to avoid deficiencies, it is recommended to eat a varied and balanced diet and to pay particular attention to the use of hypomagnesemia-inducing drugs.

← Prev: Get your legs under control! Next: Stewed fruit: a healthy treat! →