Early treatment of deafness avoids cognitive disorders, that can lead to dementia 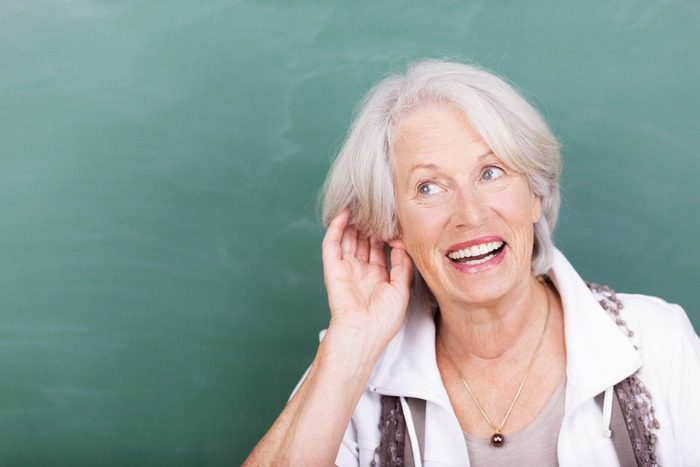 Being deaf can cause not only physical but also social and cognitive issues. Some researchers mentioned that dementia is most likely to happen between the age of 45 and 64. Neuroscience also explained that deafness actually impacts the brain and its functions, literally proving the effect on social and cognitive problems. In order to avoid these issues, we need to take great care of our hygiene, have adequate noise protection, early detection of problems, and also wear hearing aids if necessary! Speaking of early detection, it’s vital to recognize the first signs of hearing loss. If a professional tends to the problem immediately, all of the above-mentioned issues can be resolved!

It has been proven for around twenty years that deafness can cause not only physical but also social and cognitive problems. In order to avoid such a development, one must pay attention to proper hygiene, adequate noise protection, and early detection of problems as a preventive measure. Wearing hearing aids slows this development down.

An article published in a renowned medical journal in 2019 states: “Hearing loss is positively associated with a risk of dementia, especially in patients between 45 and 64 years of age. Hearing protection, early detection, and treatment can all be used as strategies to reduce this potential risk factor. ”A certainly shocking and frightening, but also realistic claim! The advancement of neuroscience over the past 20 years has shown that deafness does indeed lead to quite significant deleterious changes in the patient’s brain function and health, not just physically, but also socially and cognitively. This plasticity of the brain can be summarized as follows: A stimulated organ works better and longer than an unstimulated organ. In addition, the more there is a lack of sensory stimulation, the more difficult and time-consuming it is to improve an organ. The rate of degradation depends statistically on the severity of the hearing loss, the most common etiology of which is age-related presbycusis. Due to a loss of function of the auditory hair cells, this often creeping hearing loss initially leads to difficulties in understanding speech, especially in noisy surroundings, but also when the speaker speaks too softly or too quickly. It is a multifactorial process that affects more than a third of people in old age.

The advancement of neuroscience in the last 20 years has shown that deafness can actually lead to quite considerable harmful changes in the brain function and health of the patient, not only physically but also socially and cognitive.

Minimizing the effects of this numbness is therefore not the way to go. Nowadays, wearing a hearing aid is the only effective measure, even with mild hearing loss. The earlier the hearing loss occurs, the greater the chances of minimizing the effects of this lack of auditory stimulation. Three basic principles mean that this reduction in hearing is not minimized. These principles were already mentioned in a text from 1839: “Hearing can only be good and sharp if the organs [of hearing] are on the one hand well developed and all are healthy and if, on the other hand, the propagation of the impressions received through the auditory nerves is working properly and the brain is healthy. If only one of these conditions is missing, the hearing becomes more or less imperfect […] The first symptom that announces the weakening of the sense of hearing is the patient’s difficulty in following a general, lively conversation or to hear the singing and the accompaniment of a piece of music with the same clarity” These principles, which help us to keep good hearing for as long as possible, simply mean: taking care of your ears – preventing hearing loss – and knowing how to spot the first signs. Although humans cannot fight the aging of their ears or their genetics, they can still apply these principles.

Caring for the ears means above all proper hygiene, in particular avoiding all unnecessary cleaning measures for the external auditory canals. In fact, the ears clean themselves, with wax being the natural remedy for this. Attempting to remove it with a shower, cotton swab or other instrument carries the risk that the wax will be pushed deeper and that plugs will form which the ear can no longer remove spontaneously. This is the first cause of deafness to be ruled out.

Preventing hearing loss as much as possible is essentially about protecting yourself from the annoying noise. Noise is part of our living environment, whether it is perceived as a pleasure or a nuisance. It can become a real nuisance and place a heavy burden on some people’s lives. The “older” the ear, the more sensitive it is to noise. Everyone can protect themselves from repeated acoustic trauma. There are two levels of prevention: the first is to avoid noisy places and the second is to protect yourself individually to reduce the intensity of sound reaching the ear.

After all, it is important to recognize the first signs of hearing loss. What seems simple and banal at first glance is often not. This is primarily related to a general attitude, namely that there is a tendency to downplay or even deny these first symptoms, which are most common when the person is in company. In addition, a hearing problem is often perceived as a handicap that needs to be hidden in order to avoid comments that are sometimes perceived as uncomfortable and displeasing. Another danger is the withdrawal of the person who begins to have problems understanding. The only way to determine the extent of these early signs is to carry out a medical and audiometric examination of the ear to first try, as far as possible, to understand the origin of the hearing loss and then take any measures to slow down or minimize the progression of the hearing loss.

As already explained, the only effective measure is to wear hearing aids. This enables reversibility of plasticity with an improvement in cognitive performance and thus a reduction in the risk of dementia.

Finally, it’s important to recognize the first signs of hearing loss. But what looks simple and banal at first glance is often not.

← Prev: Loss of balance - it should not be overlooked in the elderly Next: Us and our pets: paws, claws, and scratching → 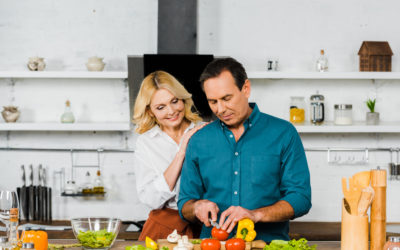