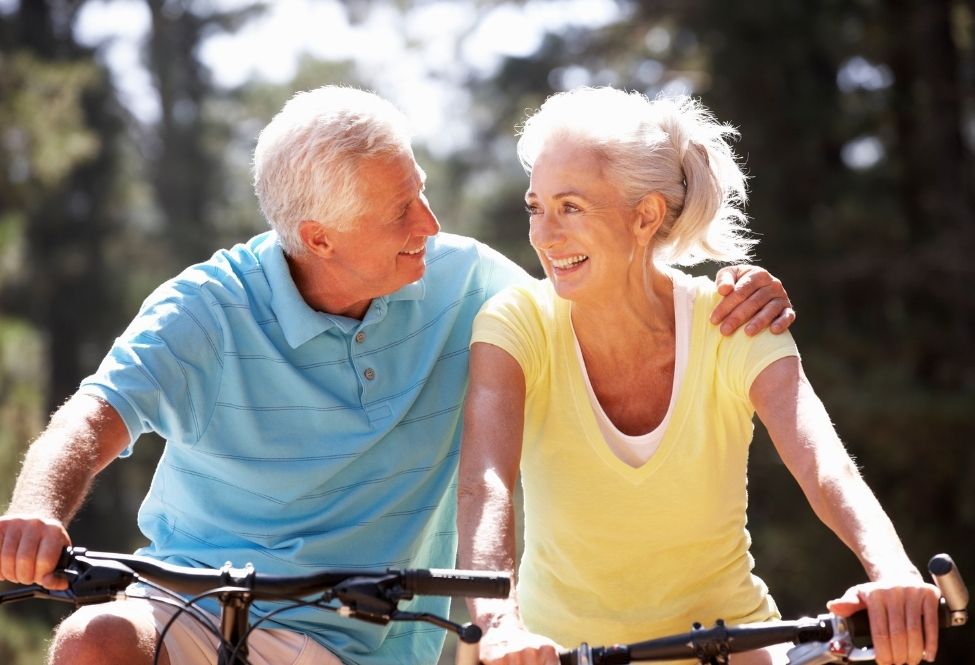 In 2003, the 3 billion letters of the first human genetic code were sequenced and decoded which was a crucial step in understanding our DNA. Various age-related illnesses that include cardiovascular diseases, osteoporosis, thromboses, and diabetes develop under the influence of several risk factors. The risk factors vary greatly and can be induced by a sedentary lifestyle, consumption of cigarettes and such, obesity, and genetic differences. We cannot influence genetic differences so we should act on the ones we can change, which is our lifestyle choices. Genomics has enabled a great deal of research into the responses to drugs and how they act with DNA. The use of genetic knowledge will make it possible to increase preventative measures against a wide variety of diseases, hence the term predictive medicine.

If you want to learn more, keep reading the article from Joëlle Michaud and Goranka Tanackovic.

How can age-related diseases be better prevented? How can we optimize the treatment with several drugs in old age to avoid interactions? The answer is in our DNA and in our genes.

As a result of international collaboration over more than 10 years, the 3 billion letters of the first human genetic code were sequenced and decoded in 2003. A small part of this code (3 million letters) is different for each person and forms the basis of human diversity. One particular genetic variation passed down from parents is responsible for blue eyes, another for the curly hair that has been present in some families for generations.

The decoding of the genetic code was a giant step and a crucial stage in the understanding of our DNA. However, it was only the first spade in a new scientific field called genomics. For medicine, genomics and the development of technologies called polymorphisms to read these genetic differences are a new source of knowledge to determine the risks for certain diseases.

Numerous age-related diseases such as diabetes, osteoporosis, thromboses or cardiovascular diseases are multifactorial diseases that develop under the influence of several risk factors. These risk factors include behavioral factors such as obesity, a sedentary lifestyle or cigarette consumption as well as specific genetic variations. The combination of all these factors increases the overall risk of developing the disease. The mere presence of genetic differences, which we cannot influence, is therefore not decisive for an actual disease. It is therefore important to act on the other factors that can be influenced, for example by adjusting dietary habits or behavior, if a patient has a genetic risk.

Thrombosis is an example of a disease where prevention plays an important role. It results from an increased tendency to clot, which can lead to the formation of a blood clot that blocks the blood circulation. If the clot moves around in the blood vessels, it can also cause a pulmonary embolism or stroke. The development of thrombosis is influenced by behavioral factors such as cigarette consumption and obesity, but to a large extent also by genetic factors. Thanks to the development of genomics, we now know the genetic differences that increase the risk of thrombosis. Identifying these variations makes it possible to specifically prevent the development of thrombosis in at-risk patients in situations that favor the development of the disease, such as prolonged lying down after an operation, during pregnancy and after childbirth, on long journeys, or when taking the pill or hormone replacement therapy. For women in menopause, taking hormones to treat menopausal symptoms is not without risk. The decision to take such treatment is usually made after carefully weighing up the advantages and disadvantages. One of the disadvantages is that the risk of thrombosis increases with age. Women who are treated with hormone replacement therapy have a significantly increased risk compared to a 20-year-old girl. It is therefore essential to assess all other risk factors, especially genetics, which can further increase the patient’s overall risk of thrombosis. Precautionary testing of genetics can prevent thrombosis in those at risk by resorting to alternative treatments or adjusting hormone doses.

Osteoporosis is another age-related disease for which targeted, individualized prevention is possible, depending on the patient’s genetics. This disease reduces bone mass and thus leads to an increased risk of bone fractures. The patient’s genetic make-up strongly contributes to the disease risk. Numerous genetic variations have been identified that have been linked to osteoporosis risk. Prevention measures such as optimal calcium intake, regular exercise and adequate vitamin D intake through sun exposure or diet are needed for people with a genetic risk. Knowledge of these genetic risks would thus make it possible to take early preventive action as soon as possible.

For other diseases, genetic risk has not yet been identified or has only been partially identified. For type II diabetes, for example, 150 genetic variations could be identified as risk factors, but these have only a very small influence on the overall risk for the disease. For these diseases, screening those at risk as part of preventive care is therefore not particularly helpful at present. However, it can be interesting, especially for people with a family history of type II diabetes. Some studies show that awareness regarding genetic risk has a positive effect on behavior and adoption of a healthier lifestyle.

Genomics has also enabled a great deal of research into the individual response to drugs and their association with DNA. The occurrence of side effects or the lack of effect of drugs in certain patients can also be partly explained by genetic variations. These differences in the patient’s genetic code are found in the genes that encode enzymes called cytochromes. They are responsible for the conversion of drugs in our bodies. Some drugs need to be converted into an active ingredient to have the desired effect. Others need to be converted to be excreted from the body and avoid side effects. Cytochromes are responsible for most of these conversions. For example, cytochrome CYP2C19 plays the main role in the activation of clopidogrel, an anticoagulant known by the trade name Plavix or Clopidrax. This anticoagulant is usually prescribed after a cardiovascular incident to prevent thrombosis. If the drug is not activated, it has no effect and patients run the risk of developing further vascular disease. 30% of patients have genetic variations that partially reduce clopidogrel activation, while 5-10% of patients have genetic variations that completely prevent clopidogrel activation. In the former, alternative treatment is strongly advised as clopidogrel has no effect. In the latter, side effects must be closely monitored.

Targeted screening for genetic variations in the cytochromes would be extremely helpful, also in patients who have to take several drugs at the same time, which is often the case in older people. In these patients, side effects are more frequent because the drugs interact with each other. The presence of certain genetic variations further increases these side effects. Their early detection could therefore save the patient inconvenience, unplanned hospitalization and additional costs.

The use of genetic knowledge by doctors will make it possible to increase preventive measures for numerous diseases and optimize drug treatments with individual therapies.

Knowledge of one’s own genetic risk, accompanied by individually tailored professional advice, is a much more convincing motivator for patients to change something about their behavior than the general recommendations for the population.

← Prev: When hypnosis is used in medicine Next: Sports Performance Therapy →