Microbiota, the star of the moment? 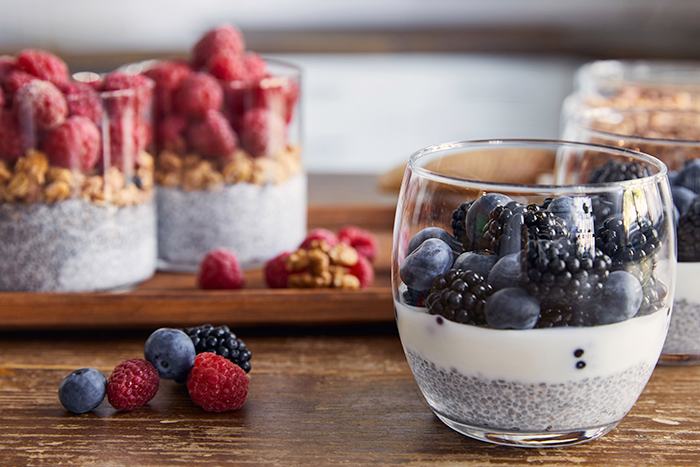 Some time ago, we wouldn’t even be able to imagine a thing as a microbiota. Only because of the advances in molecular genetics are we able to identify them. What it is is a genome of the 100,000 billion bacteria that colonize our digestive tract. That’s 10 times more than the number of cells a human body has. To further elaborate, it’s a complex ecosystem of more than 1014 microorganisms present in our digestive tract. Firmicutes and Bacteroidetes represent nearly 70% of the total human microbiota. They’re essential to the human immune system, defending pathogens, energy recovery, and more.

Want to learn more? Read on about this from Prof. Francisca Joly.

Thanks to advances in molecular genetics, it has become possible to describe the genome of the 100,000 billion bacteria that colonize our digestive tract. This world that used to be called intestinal flora is now called microbiota (from the Greek: “small” and “living”).

This human intestinal microbiota thus describes a complex ecosystem of more than 1014 microorganisms (mainly bacteria) present in our digestive tract and comprising several thousand different species. Its composition is variable along the digestive tract, with the bacterial load increasing the closer you get to the colon. With the development of new analysis techniques in particular genetics, spectacular progress has been made in the understanding of this ecosystem. Three major phylogenetic groups or phyla (Firmicutes, Bacteroidetes, and Actinobacteria) and six bacterial genera (Bacteroides, Eubacterium, Clostridium, Enteroccocus Bifidobacterium, and Lactobacillus) bring together 90% of bacterial species in all individuals. Firmicutes and Bacteroidetes are the most abundant and represent nearly 70% of the total human microbiota.

The microbiota is essential in defending against pathogens, educating the immune system, immunomodulation, energy recovery, epithelial renewal and maintenance of metabolic balance. Even though the composition of the microbiota is quite specific to an individual, the metabolic functions carried by this microbiota are preserved among healthy men. Thus the intestinal microbiota is a reservoir of bacterial functions common to a large majority of us.

Thus, this vast ecosystem consists of hundreds of trillions of bacteria which are more numerous than human cells and as abundant as human cells. number of stars in the sky. Its installation takes place from the first minute of life, at the very moment the newborn begins, during a vaginal birth, in her mother’s vagina. At birth, it will be instantly colonized by its all first bacteria. The microbiota will only become fixed almost permanently around the age of 3 or 4 years and will change little throughout life. It kind of makes up our unique intestinal genetic fingerprint. In exchange for food and shelter, these bacteria friends perform essential functions for our health. They are the ones that will contribute to the conversion of food into nutrients and energy as well as to the synthesis of vitamins. They are still the ones who will boost our immune system or prevent the brain from the possible toxicity of a food involving the intestine and / or the stomach to react.

We know that some intestinal diseases can be linked to an imbalance of this microbiota, or dysbiosis. The revolution in terms of scientific knowledge is to have demonstrated that in diseases not primarily “intestinal”, a dysbiosis could be involved. Thus, several studies have implicated the microbiota intestinal in the pathogenesis of metabolic and neurological pathologies. Changes in the microbiota could contribute to the development of metabolic diseases, by increasing intestinal permeability, promoting a chronic inflammatory condition that is believed to contribute to the development of metabolic diseases, cardiovascular diseases and obesity. A change in the balance between Firmicutes and Bacteroidetes has been reported in animal models of obesity. It has thus been shown that when the microbiota of an obese animal is introduced into mice, this will lead to overweight. Intestinal bacteria have an impact on the regulation of fat storage. Today, teams are working on the possibilities of modulating the intestinal microbiota and intestinal permeability to decrease the risk of complications from obesity.

THE INTESTINE: A COMMUNICATING NEUROLOGICAL ORGAN

The intestine is anatomically fairly close to the brain. The hundreds millions of neurons lining it come from the same embryonic plate since, during the formation of the embryo, some migrated to the brain, others, to the intestine. They keep the same ability to communicate with each other, send messages, interact. This is the role of the enteric nervous system, an autonomous network and dense nearly 9 meters long, richly innervated, and which resembles in all points to the central nervous system. Neurons are linked to each other and their main function is to train the motor skills of the intestine to allow digestion. This brain / intestine interaction is notably possible thanks to a chemical key: neurotransmitters, such as serotonin. This so-called well-being molecule and present in the brain regulates mood. Within the intestine, it regulates the transit and controls our immune system. Thanks to the vagus nerve, signals can therefore go from the intestine to the brain and vice versa, through the blood or through neurons. The gut microbiota could therefore play a role in overall metabolic homeostasis but also in the pathophysiology of these certain neurological and psychological disorders. Microbiota abnormalities have been demonstrated in patients with anorexia nervosa.

Neurological conditions like Parkinson’s disease could be associated to abnormalities of the intestinal microbiota. Improvements in neurological symptoms have been reported in patients with Parkinson’s disease after normalization of their transit disorders by antibiotics such as vancomycin. It is also very interesting to note that when we examine the neurons of the intestines of patients with Parkinson’s disease, there are specific abnormalities neurons in the brain. We even wonder, if this is not a disease that begins in the digestive tract and travels to the neurons of the central nervous system.

By studying the digestive anomalies frequently described in autistic children, several teams have highlighted microbiota anomalies in these children. In comparing the fecal microbiota of children with autism to that of healthy controls, a significantly higher number of Clostridium species were found in the autistic group, as well as the presence of specific bacteria in autistic children.

Through all these studies and experiments, researchers are opening up completely new avenues for better understanding and, we hope, quickly offering personalized treatments in these complex pathologies.

HOW TO MODULATE THE INTESTINAL MICROBIOTA?

Flora transfer or fecal transplantation refers to the infusion of a fecal suspension from a healthy subject to the digestive tract of another individual and aims to restore a microbial ecology adapted during diseases where the microbiota has been imbalanced. Today, this type of treatment is only offered routinely as part of a pathology: Clostridium difficile colitis. C. difficile is a bacterium that is responsible for 20-25% of diarrhea associated with antibiotic therapy, 10% of diarrhea associated with care. Taking antibiotics that disrupt the gut microbiota is considered to be one of the main risk factors for Clostridium difficile infection (ICD). Dysbiosis associated with the loss of the barrier effect (or resistance to colonization) of the intestinal microbiota will promote colonization by C. difficile. The reconstitution of microbiota and its barrier effect appears to be an effective means of combating recurrent C. difficile infections. The effectiveness of faecal transplantation comes from probably the ability to reconstitute this “barrier” in patients with multiple recurrent C. difficile infections. Faecal transplantation is now considered the most effective treatment to treat recurrent infections Multiple (> 1 recurrence) Clostridium difficile, as evidenced by recent European and North American recommendations for the management of C. difficile infections. For other indications, faecal transplantation remains the domain experimental and must be carried out in strict compliance with the rules of clinical research.

Probiotics are live, non-pathogenic microorganisms available more often in the form of drugs. They must have demonstrated a positive effect on health. But you still have to know which ones to take and when, because no one knows the exact composition of its microbiota! However, some situations seem interesting; when traveling to prevent traveler’s diarrhea, when taking antibiotics but also during and after an episode of gastroenteritis, especially in children. Many studies have focused on the use of probiotics to reduce pain and improve transit and comfort in patients with irritable bowel syndrome.

Preserving our microbiota, helping it to diversify, comes down to nourishing its bacteria well and therefore to rethink our diet, so that it is balanced and varied. The bacteria try to digest the residue from the digestion of your meal. And if they cannot digest dietary fiber, it feeds on it. The fibers are indeed essential for the good health of the digestive system: they play a mechanical role and maintain the microbiota, guaranteeing good immunity. The fibers contained in plants (leaves, roots, fruit skins) are actually carbohydrates, more precisely polysaccharides (non-digestible sugars).

There are foods that our bacteria are totally fans of. These elements called prebiotics, are not living organisms like probiotics but are able to feed these bacteria. Among prebiotics are inulin, fructooligosaccharides (FOS), galactosaccharides (GOS), and fructans, also called lactulose. High Fiber Foods Are The Best Source Of These Super Champions of food, such as artichoke, onion, Jerusalem artichoke, or chicory.

If you want to take care of your gut, your microbiota to preserve your health, your diversity must be favored to find a good nutritional balance. A change in eating habits even in adulthood can modulate our microbiota. It is therefore never too late to diversify your diet, and think about bringing enough fibers and prebiotics to nourish our intestinal microbiota, and think about preserving even improve our health and well-being capital.

The intestinal microbiota alone is made up of more than 100,000 billion microorganisms, which is 10 times more than the number of cells in the human body. And if we consider DNA, i.e. the genetic material of our intestinal bacteria, we carry 100 times more bacterial genes than human genes. An imbalance of this ecosystem can participate in the initiation or the perpetuation of many chronic intestinal diseases or not. Modulating the microbiota becomes an axis therapy of interest in many diseases. The microbiota becomes an actor key in terms of prevention. Progress in terms of the exploration of this microbiota is very fast, and it will most likely be possible in the short term to have a mapping of our inner world and adapted advice to prevent certain diseases and why not… simply improve our quality of life.

Some references and books: