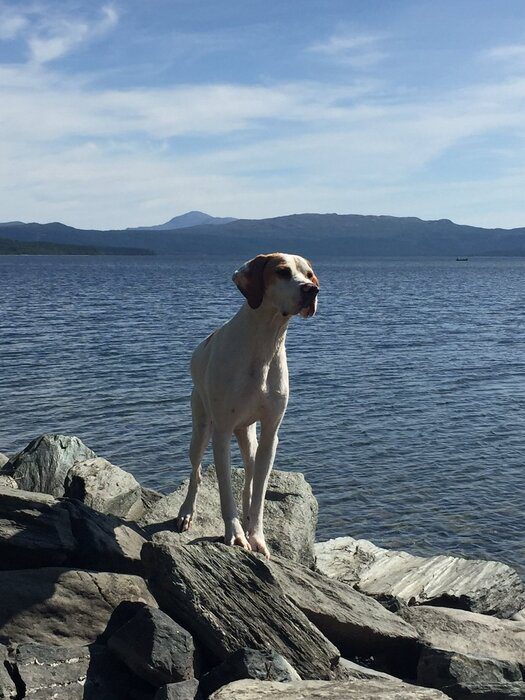 We all know that dogs came from wolves. What used to be a purely carnivorous creature is now a versatile animal that’s mostly dependant on humans. Their digestive systems changed over time, hence not being carnivores but omnivores nowadays. Choosing a dog’s diet can be complex as it can differ for dogs of different breeds, ages, lifestyles, climates, and more. The most common known food allergens for dogs are beef, poultry, and dairy products. There’s only one efficient known way on how to diagnose food allergies in dogs and that’s the hypoallergenic avoidance diet with a food sample. However, even this method has its limitations and constraints.

In order to learn more about this, keep reading the article by Dr. Med. Vet. Eloy Castilla.

Nutrition is a multidisciplinary science that is both exciting and complex, and always the subject of debate and controversy among humans and pets.

The dog is descended from certain wolf breeds. The most likely hypothesis is that this ancestor of the dog gradually acclimatised to the company of humans by helping itself to the scraps of meals or rubbish. According to scientific estimates, this change took place about 15 to 20 thousand years ago. During this time, an evolution from a strictly carnivorous animal to a more versatile animal dependent on humans took place through an adaptation of the digestive system. In modern times, the dog has become a companion in life and a true member of the family environment.

When we consider the nutritional needs of dogs as those of a non-strictly carnivorous animal or, in other words, an omnivore, the task can become quite complex. The needs of each dog depend on various factors (breed, age, lifestyle, climate, etc.), so the advice of the veterinarian is still essential to better choose the diet of each dog.

Food allergy is a well-known concept in human medicine, where there is an excessive reaction of the immune system to a particular food. Food intolerances or food poisoning are other types of conditions that are not mediated by the immune system. A food allergy can manifest as digestive disorders (diarrhoea, loose stools, frequent vomiting, flatulence, etc.), skin disorders (itching, ear infections, so-called sledging (porcine), etc.) or both. According to veterinary epidemiological studies, the most common food allergens in dogs are beef, poultry and dairy products.

This means that the animal must have already eaten the allergenic ingredient to become allergic. In addition, food allergy to gluten, which is well known in human allergology, is rare in dogs. Several methods for diagnosing food allergies have been tested with varying and sometimes very disappointing results.

To date, the only method that has proven reliable for the diagnosis of food allergy in dogs is the hypoallergenic avoidance diet with a food sample. This method is based on the use of hydrolysed proteins or the preparation of a household ration based on naive proteins (which the dog has never eaten before) for several weeks according to strict rules. If the dog shows a satisfactory evolution during this period, the old diet should be reintroduced to check for a possible exacerbation of symptoms and to identify the offending allergens.

However, this method has some limitations or constraints, such as the duration (about 2 months) and the need for direct involvement of both the owners and the dog. Allergies are still chronic diseases that are sometimes very frustrating for owners and veterinarians. For this reason, rigorous management that allows for a refined diagnosis as well as an individualised treatment protocol is the best way to control the disease and improve the quality of life of the allergic dog.