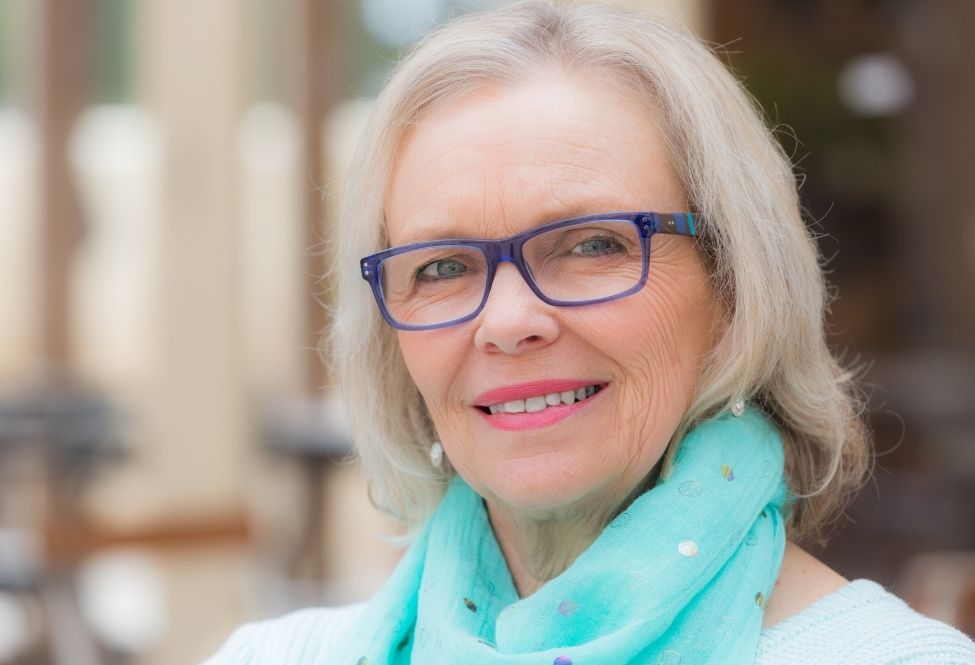 Sight is one of the most important senses. Sight problems are numerous and all of them can be mild to severe. Age-related macular degeneration affects the middle of your vision. It usually manifests itself in people over the age of 60. Thankfully, it doesn’t cause total blindness, but it can disrupt your everyday life. The exact cause is still unknown, but it seems to progress more rapidly in people who smoke. There are also two types of AMD. The first one is atrophic, which means dry, the second one is neovascular, which means wet. AMD is treatable, fortunately.

Sight is a precious gift – we enjoy it so much throughout our lives that we don’t care about it or realize how important it is to our well-being. As we age and our mobility decreases, it helps us to occupy our free time and compensate for some of our weaknesses in balance and movement. Seeing where we are going compensates for the information we receive from other sensory organs.

The eye – a light-sensitive organ:

The eye is the biological camera that allows us to see. It is a specialized organ par excellence and perceives images from almost total darkness to full sunlight. It does this without ever getting tired of it day after day. The cornea and the lens act like a magnifying glass focusing light on the retina, the seeing part located at the back on the inner periphery of the sphere that constitutes the eye. The light that focuses on the back of the eye stimulating the photosensitive cells, the very genesis of our visual perception, has a sordid character. Light causes oxidation and aging. This intense light, which is concentrated at the back of the eye, particularly in the macular zone, the seat of our precision acuity, generates toxins. These are neutralized and eliminated by the supporting cells of the retina, the pigmented epithelium. This nourishing layer eliminates the products of the confrontation between intense light, oxygen, and proteins – the building blocks of our body and our eye – as best it can. In this battle, they use various trace elements, commonly known as anti-oxidants, which enable them to neutralize and digest the harmful substances produced by the visual act. When the balance in this battle tips in favor of the enemy, the pigmented epithelium rejects partially digested waste products to the outside, which form larger or smaller clusters that are visible when a specialist looks into the affected eye. The appearance of these drusen is the first sign of the process of age-related degeneration of the retina (AMD).

AMD occurs mainly from the age of 60. It does not differentiate between men and women, being equally common in both. However, it progresses more rapidly in smokers, particularly those with a family history or genetic predisposition. It is found in all cultures, but especially in those that depend on processed food from the agro-industry. In Switzerland, there are about 200,000 affected people with 7500 new cases per year.

There are 2 types of AMD. The first type is atrophic (dry) and affects the majority of patients (80%). It progresses slowly, making reading more difficult and later hindering the recognition of faces and preventing the driving of a car. It is manifested by the appearance of a greyish spot in the centre of vision, always centred in the centre of the gaze, following the movement of the eye. With time, this spot becomes more opaque and takes up more of the central space. This progression, which takes several years, does not lead to complete blindness. The other form, neovascular (or wet) AMD, causes a fairly sudden decline in vision. This sometimes manifests itself as a spot in the centre of vision, but it often appears as a ripple in the centre of lines such as those found in crossword puzzles or on the edges of buildings. This Rippling, like the plume over a volcano emerging from its dormancy, is a warning sign. The rippling, resulting from the elevation of the retina by an effusion of serum under the retina, is followed by a sudden drop in vision when new vessels appear from the strata underlying the retina. These neovessels themselves or their fragility cause folds in the retina reducing its ability to perceive light and transmit the light signal to the brain. These fragile vessels tend to bleed, causing sudden loss of vision. Thus, neovascular AMD is associated with a sudden and severe change. There is no subtlety here. Overnight, an afflicted person can find themselves without the ability to read or recognise faces. This form is responsible for most cases of visual impotence due to AMD.

Fortunately, there are treatments that can reduce the impact of the disease and even recover some of the lost vision. Firstly, the risk can be significantly reduced by taking appropriate vitamins and antioxidants. Several studies, including the AREDS study in the USA, have shown that these specially designed vitamins reduce the conversion rate and the occurrence of neovascular AMD, but do not eliminate the risk. In wet AMD, it is important to start treatment as soon as possible after the onset of the neovessels, because the sooner therapy is started, the better the recovery of lost vision. Most of these treatments delay the progression and have to be administered repeatedly, sometimes continuously, for years. Currently, antibodies that inhibit the growth of neovessels are recommended as the first line of treatment. These agents – anti-VEGFs – are injected directly into the eye every 4 to 6 weeks. In some individuals, after the first 3 or 4 injections, the frequency can be reduced, while in others it will be necessary to combine this therapy with modulators of inflammation or to add healing agents. It is necessary to continue the treatments because if they are stopped, the vessels start to grow back or bleed under the retina, which leads to an even more severe decrease in vision.

In these more extreme cases, the vitreoretinal surgeon offers us some solutions. He can, through an operation on the vitreous body and the retina, move the blood to the periphery of the visual field and allow the recovery of some central vision. However, this surgery must be followed by an intense regime of injections to prevent rebleeding. Another alternative, also for patients requiring constant injections, is radiation of the affected area. A dose of radiation delivered directly to the area of vessel growth during surgery (brachytherapy) can inhibit them in the long term. This approach is still undergoing clinical trials but has already obtained European certification. It seems possible the following radiation to limit injections to one or two over a period of 12 to 24 months without increasing the risk of complications (apart from cataracts). Brachytherapy has been practised in many other branches of medicine for over 100 years. In For the treatment of tumours and cancers, it works by destroying the vessels that grow within the tumour. For its application to the eye and AMD, it was necessary to wait for the development of a device allowing the insertion of the radiation source inside the eye in a precise, safe way and allowing a treatment limited to the affected area. Unfortunately, this treatment is not yet covered by basic insurance and is only offered in a limited number of centres in Europe, one of which is in Switzerland (at the Montchoisi clinic). In some cases, when the pigmented epithelium is too badly damaged by sub-retinal bleeding, a more aggressive surgery where the healthy epithelium is transferred under the macular area can ensure that vision is maintained.

How do you know if you have AMD or if you are at risk? If someone in your family is affected, you are at risk. The earlier you develop AMD, the greater your risk. However, this can only be confirmed by an eye examination. To do this, you need to see an ophthalmologist so that he or she can perform an eye examination and check the health of the eye. During such an examination, your ophthalmologist will be able to ensure that you do not have AMD or show any warning signs. At the same time, you may be checked for glaucoma, another late-onset eye disease. Eating well with foods rich in anti-oxidants, xanthines and lutein’s (red fruits and spinach among others) will further reduce the risk. If you smoke, it would be wise to stop.

If you have some of the symptoms described at the beginning of this article, you should see an ophthalmologist. Blurred central vision and line distortions are early signs of AMD but can be associated with other eye problems, many of which are benign. It is therefore important that an accurate diagnosis is made. An ophthalmologist should be able to do this screening, but treatment and follow-up will in most cases be done by a retinal specialist.

In Plato’s time, it was believed that the eye was a source of energy that radiated its surroundings. The opposite is true. But in order for the eye to give us the energy that illuminates our lives, it has to function well. Fortunately, much is now possible if we intervene in time. It is up to you to take the first step….

← Prev: Presbyopia Next: Migraine is not inevitable →