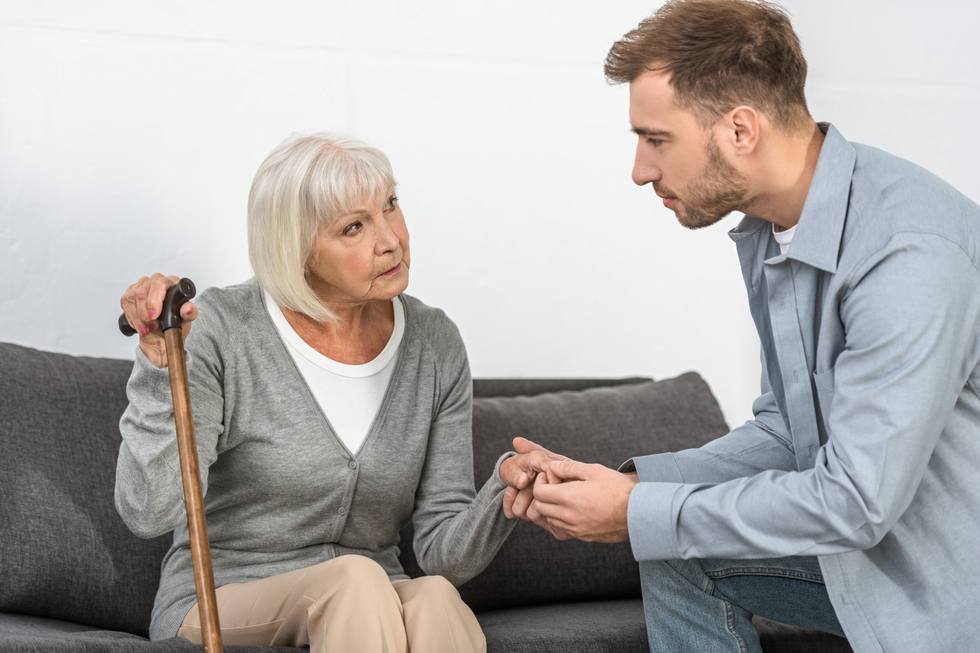 What’s presbycusis? It’s an age-related process in which we slowly lose our hearing in both our ears. Cognition itself is a collection of mental processes involved in learning and understanding. They include thinking, knowing, remembering, problem-solving, and more. As we also learn with our ears or rather hearing, presbycusis and cognition are interlinked terms. Not being able to hear can most certainly impact our ability to learn and comprehend the information that is being given to us. Thankfully, nowadays, there are loads of hearing aids and solutions that can help with these issues.

In order to learn more about this, keep reading the article by Dr. Olivier Merrot.

Normal ageing is a global process of molecular, cellular, physiological and psychological alterations associated with advancing age. In the case of hearing, ageing results in neurosensory damage responsible for a bilateral, symmetrical, progressive perceptual deafness called presbycusis. For a long time, the concept of cognition was limited to the multiple mental processes of information and knowledge processing (memory, language, reasoning, learning, intelligence, problem-solving, decision making, perception, attention, etc.). Cognition develops because it is solicited by our senses and hearing is one of the main inputs.

In a few words, presbycusis

Classically, the anatomy of the ear includes an external part (pinna and ear canal), a middle part (eardrum, ossicles), and an internal part (cochlea and auditory nerve). Only the latter is involved in so-called sensorineural hearing loss.

The date of onset of deafness, its evolution, and its impact is characterized by significant inter-individual variability. A distinction is thus made between “normal” presbycusis and “accelerated” presbycusis, the determinism of which combines a genetic predisposition with weakening or aggravating factors (mainly exposure to noise, but also cardiovascular diseases, renal insufficiency, use of ototoxic drugs, etc.). The deterioration of the hearing function affects both sexes from the age of 50-55 years and is accompanied by a hearing loss that initially concerns the high frequencies. The average loss is 5 to 6 dB per decade, with acceleration after the age of 70.

The detection of clinical signs suggestive of presbycusis is quite simple, as the person concerned has often already identified them: better understanding of male than female voices, difficulty in discerning sounds in noisy and/or reverberant environments (department stores, pubs, noisy streets, etc.), increased volume of the radio or television, intolerance to intense sounds and a poorer understanding of voices in the theatre and at shows.

The major characteristic of presbycusis is that it causes sound distortion. Thus, the presbycusis needs more loudness to hear. But as soon as the sound exceeds the threshold of perception, it starts to enter the zone of pain perception. The person with presbycusis usually repeats “how?” because he cannot hear and “don’t shout” because the sound becomes painful as soon as the voice is raised a little. At the slightest background noise, the person will no longer be able to discriminate sounds. More specific auditory exploration includes tonal audiometry, which seeks to assess the threshold of perception of pure sounds in order to frequencies between 250 and 8000 Hz (auditory spectrum), and speech audiometry, which assesses the understanding of simple bisyllabic words. However, in the first case, the result is purely theoretical because pure tones do not exist in nature; in the second case, the evaluation of the “sound envelope” is far removed from that of the simple sentence. Presbycusis can present itself in three evolutionary stages: a stage without clinical translation, a stage of social impact appearing for losses higher than 30 decibels on the 2000 Hz frequency, and a stage of isolation for major losses, the subject being from now on unable to apprehend correctly his sound environment and preferring to isolate himself.

Hearing allows cognition to be built up and to provide the person with the most appropriate solutions to their needs in relation to their sound environment. The auditory system can be seen to be composed of three sub-systems: – perception: this consists of the capture, amplification, and transcoding of the sound “stimulus”. – STIPA (the neural processing system for auditory perceived information) is an integral part of cognition. STIPA is supported by the auditory pathway and its role is to manipulate nerve impulses from the cochlea to the primary auditory cortex, transforming what it has received from the ear into an auditory product that can be perfectly assimilated by cognition. It is therefore at this level that the consequences of presbycusis will be felt the most. – general cognition: it receives all these auditory elements which merge and melts into the agitation of the cerebral activity.

Age is accompanied by changes in cognitive functioning, particularly in the areas of attention, executive functions, speed of information processing, and memory.

From a cognitive point of view, hearing can be defined, like other higher functions, as a complex process that results from the interaction of highly differentiated brain structures. Hearing disorders are often considered to be the result of damage to the peripheral auditory system, forgetting that although the peripheral system is essential, it is not sufficient, because hearing also concerns, in a major way, the cerebral function. Beyond basic auditory perception, which can be summed up as a matter of pitch and intensity of sounds, most of the human experience (language, music, familiar noises) is dependent on brain activity: a good understanding of hearing disorders thus requires taking into account the complex interactions between the perception of sound by the auditory system, its reception/interpretation by the auditory cortex and its understanding/integration into the overall brain function.

To forget this is to restrict the care of the hearing impaired to a problem of hearing mechanics: a hearing aid cannot be compared to a simple pair of glasses.

Given the interactions between auditory function and brain function, it is easy to imagine that cognitive alterations linked to physiological ageing can have an impact on auditory perception, particularly for language. This impact is even more important in the case of pathological cognitive alterations such as those observed during Alzheimer’s disease or other age-related neurodegenerative disorders.

Conversely, recent research shows that the risk of dementia, excluding all other causes, increases by a factor of 1.9 for mild hearing loss, by a factor of 3 for moderate hearing loss and by a factor of 4.9 for severe hearing loss. A good understanding of the physio-pathological phenomena and the issues involved in the ageing of hearing perception should lead to better management of presbycusis. The early fitting of hearing aids, but also the consideration of interactions with cognitive functions should facilitate both the adaptation to the prostheses and the cerebral compensation mechanisms.

Presbycusis leads to a progressive and disabling deterioration in the perception of high-frequency sounds. Restored by the use of one or two hearing aids, provided that they are gradually fitted by the hearing aid professional, a hearing will regain its full efficiency. The objective is to correct the sensory in order to preserve the cognitive as much as possible. Early detection in search of progressive deafferentation is therefore essential before the implementation of global treatment. In the event of an audiological result deemed insufficient and/or an associated alteration in cognition (evoked in particular by the entourage), speech therapy support is essential in order to readapt the person with presbycusis and their entourage to these new conditions of auditive-verbal communication. Thus, the general practitioner is at the heart of the procedure through his or her detection role. The ear, nose and throat specialist assesses, prescribes and coordinates the “auditory” dynamic. The audio prosthetist adapts hearing aids to the hearing impaired person and the speech therapist adapts the hearing impaired person to hearing aids.

← Prev: In good hands at your pharmacy Next: Get your legs under control! →