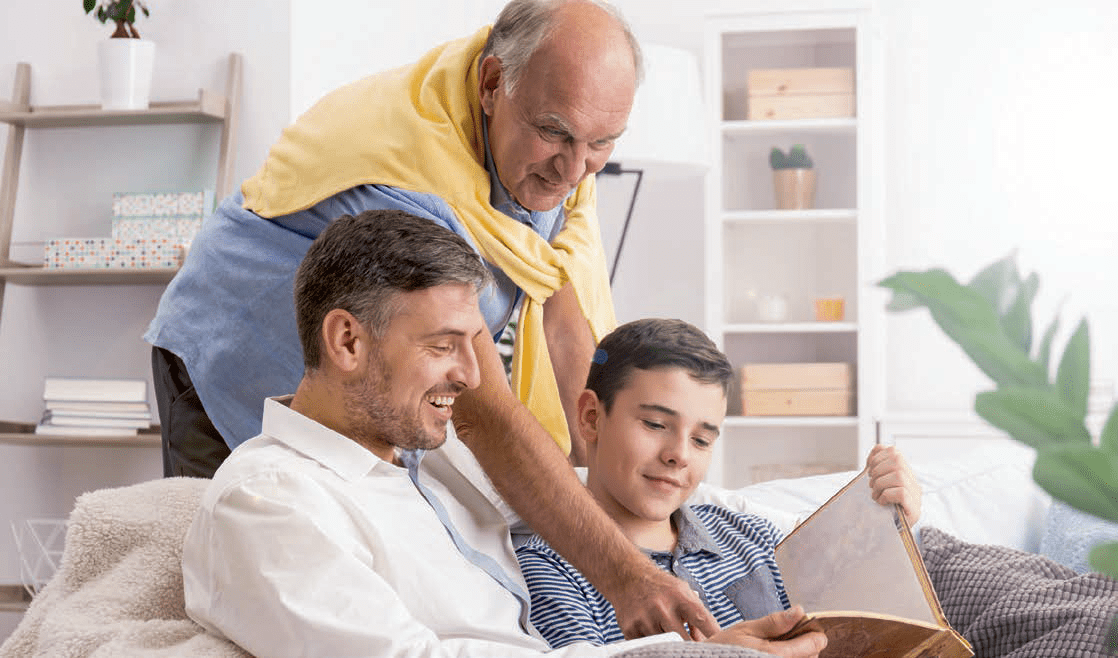 On average, between 30% and 40% of people over 50 years of age experience some sort of memory loss. This doesn’t necessarily mean that you’ll keep forgetting everything, there are certain memory types that are affected by ageing. We differentiate them as short-term memory, working memory, semantic memory, procedural memory, and prospective memory. Ageing mainly affects the working and short-term types, while the other ones remain mostly unaffected. What’s interesting is that semantic memory can even improve with age, semantic memory being associated with general knowledge. Memory after 50 years doesn’t necessarily get worse and there are tons of stuff you can do to help maintain it!

If you want to learn more, keep reading the article by Pr. Julien Bogousslavsky & Anne-Isabelle Gasser.

After 50, 30-40% of people find that their memory sometimes lets them down. In fact, it has been proven that ageing brings about a change in cognitive functions, as a result of age-related changes in the nervous system: neuroanatomical changes (the brain becomes smaller), neurophysiological (reduction in synapses and in the number and size of neurons) and neurochemical (reduction in neurotransmitter production, especially dopamine and acetylcholine).

As a consequence of the physiological changes affecting the brain and sensory organs, information is processed more slowly, which affects not only the working rhythm, but also cognitive abilities, such as memory, attention or visual-spatial abilities. Some cognitive areas are affected earlier than others: for example, memory suffers earlier than visuo-spatial abilities. Furthermore, memory can be divided into different functional areas that depend on different areas of the brain and can therefore be disturbed in isolation. A distinction is made between working memory, short-term memory, semantic, procedural and prospective memory (see box).

Memory is not a stand-alone phenomenon, nor is there just one memory, but several:

Working memory: system with limited capacity that processes information for only a short period of time, e.g., writing down a phone number. Working memory plays a key role in everyday life, in thought processes and language comprehension.

Short-term memory: Memory of events that are linked to a specific temporal-spatial context. Sometimes also called autobiographical memory, this is where one stores and recalls what one has experienced oneself. Some examples: I was at Bern Zoo with my children in 2010, it was raining; yesterday at noon I ate chicken with beans…

Semantic memory: memory of general knowledge, of the meaning of words. Examples: Bern is the capital of Switzerland; a parrot is a colourful bird….

Procedural memory: stores learned skills automatically. It is the memory of motor skills. For example, one learns to ride a bicycle by repeating the movements without being able to describe the individual stages.

Prospective memory: describes the ability to remember previously made intentions to act at the right time, to do or say something at the right moment in a more or less near future. Examples: remembering the 3 p.m. appointment at the clinic, remembering to go to the bakery to buy bread after work….

With ageing, only certain memories become weaker, such as working memory and short-term memory, while procedural and semantic memory are little or not affected at all. It has even been shown that semantic memory becomes larger with age. Furthermore, normal ageing impairs the process of controlled recall, but not the process of automatic recall, which is based on a sense of familiarity. The literature is less consistent about prospective memory (remembering to do something) and speaks sometimes of a reduction, sometimes of a maintenance or even an improvement of memory performance in the older person. In the study, the subjects were asked as a common task to call the examiner at a certain time after the interview. Older people had better results than younger people. However, a deeper analysis showed that only those older subjects had a better result than younger ones who used external help. On the contrary, without external help, younger people had better results. One can therefore conclude that the positive effect of ageing on prospective memory is due to the use of external aids and not to better memory performance.

With ageing, only certain memories become weaker, such as working memory and short-term memory, while procedural and semantic memory are little or not affected at all.

The deterioration of short-term memory due to ageing is generally attributed to problems of encoding, i.e. the difficulty of selecting and focusing one’s attention on the information to be stored. One can compare memory to a library, where memories are arranged like books, according to a classification system called coding. After that comes a more or less long period of storage, and then the retrieval or “return” phase of the memory, in which one seeks out the memory from the memory, like a book in the library. If one does not retrieve a memory, if one “forgets” a piece of information, one can compare oneself to a reader who does not find the book he is looking for in the library. In old age, these situations can become more frequent: one forgets where one put something, what a relative said… It is usually a coding error: older people would have difficulty spontaneously applying semantic processing strategies when coding. Ageing also brings with it a drop in attention, which can sometimes be very great, and disrupts memory functions. Poor sleep, fatigue, anxiety and stress can also lead to concentration difficulties and this to memory disorders. These attention disorders can take different forms: Difficulty doing two things at once (e.g. driving and talking to the passenger, cooking and listening to the radio), being more sensitive to interference (e.g. forgetting the pot on the cooker after the phone has picked up), difficulty deviating from habits (e.g. driving the same way as always instead of taking a different direction).

The development of cognitive abilities is not always the same: some people maintain the same level of efficiency over a long period of time, others show changes more quickly. How the impact shows up depends on several factors, such as the level of education, personality, health status and lifestyle.

CAN YOU IMPROVE YOUR MEMORY?

The brain does not work like a muscle. You cannot improve it by memorising word lists or poems. But you can improve your memory with simple strategies that build on the way it works. These strategies strengthen encoding and make retrieval easier. A diary, for the pocket or the wall, frees the memory.

A good lifestyle can positively influence the metabolism of the brain and cognitive functions. Regular physical activity promotes neurogenesis (production of fresh neurons) and improves metabolism in the brain. Several studies show that the older people are in the best shape who stay active on the cognitive level, be it with daily activities (reading, playing cards…) or with specific cognitive training. Diet is also important and influences cognitive and brain function, especially with regard to dietary fats. It is recommended to eat polyunsaturated fatty acids, such as omega-3 fatty acids found in fish. They are said to improve brain function by boosting glutamate metabolism, while a high consumption of saturated fatty acids tends to be associated with less good memory performance. Gingko biloba, a plant used in traditional Chinese medicine, promotes blood flow to the brain and has an antioxidant effect, which also promotes memory. American researchers have found that caffeine not only improves encoding, but also memory retention by modifying norepinephrine activity, a neurotransmitter that plays a role in learning and attention mechanisms. However, the data are currently insufficient to specifically advise coffee consumption.

After a certain age, certain complaints are considered physiological, i.e. normal, such as forgetting names. If the memory problems are disturbing, it is necessary to talk to your doctor about them. He will decide whether it is necessary to do more tests and possibly arrange a consultation in a special clinic.