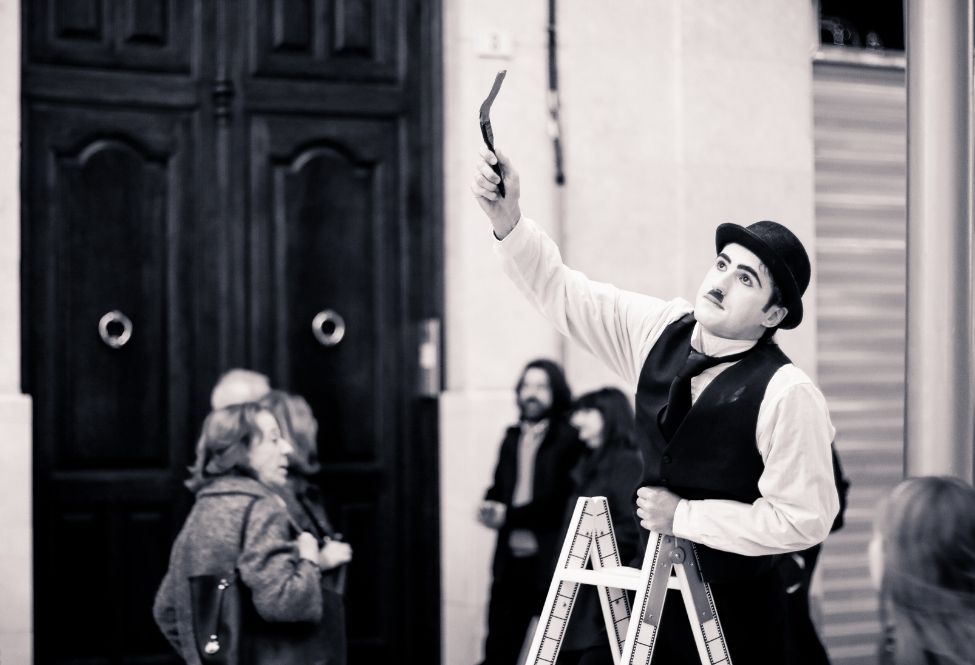 If you’re interested in learning more, check out the article by Martine Bernier.

A homage to a legend

” When I’m not making films, I think about them, and when I’m not thinking about them, I dream about them. It’s not reality that counts in a film, but what the imagination can make of it “

100 years after his screen debut, the brilliant director, actor and writer Charlie Chaplin provides insights into his life and work in the very place he chose to live. With his distinct personality and boundless humanism, he brought joy and happiness to this world and moved people of all ages and cultures around the globe. In the Chaplin’s World museum, which opened in 2016, you can get up close and personal with the person, the universe and the memories of Charlie Chaplin. Chaplin’s World is located in the Swiss town of Corsier-sur-Vevey, where Charlie Chaplin spent the last 25 years of his life with his family. The museum allows visitors to immerse themselves in the world and work of this exceptional 20th century artist in an entertaining way.

A look in the family album

In the rooms of the Manoir de Ban, the visitor becomes the guest of the man who received the greatest celebrities of his era in his house. Thanks to Grévin’s undisputed savoir-faire, visitors can “touch with their eyes” the private and family life of the last 25 years of the artist’s life in Switzerland. At the Manoir, visitors gain an insight into the person of Charlie Chaplin as a family man, husband, but also as a host who invited the most famous celebrities of his time to visit him. In his Hollywood years, Charlie Chaplin had met many of the most influential personalities of the 20th century. These included Albert Einstein, who did him the honour of attending the premiere of City Lights in 1931 and with whom a long bond of mutual admiration developed. During the filming of City Lights, Charlie Chaplin also met Winston Churchill, whom he held in immense esteem and with whom he maintained a long friendship.

THE STUDIO: Scenes that put you in the movies

The 1350 m2 studio was built on the site to present the entire film universe of Charlie Chaplin as actor and director. The visit begins with images of the artist’s life and work in the historical context of the 20th century and then takes you right into Easy Street, one of the most legendary settings of his films. Charlot, as he is known in the French-speaking world, was an urbanite and attached importance to authentic décors depicting both geographical and symbolic worlds. This approach served as inspiration for the studio.

“Chaplin’s World, that’s pure emotion! Here you can find an enormous anthology of Chaplin’s films, imitate him, play his part in the hut from Gold Rush and have fun on the barber’s chair from the film “The Great Dictator”. A pleasure for all ages, a commute between culture and entertainment. ”

To round off your visit to the museum, we recommend a lunch in the restaurant “The Tramp”, where delicious seasonal dishes are served. Chaplin’s World can also be rented in whole or in part for private celebrations such as birthdays or anniversaries as well as corporate events. Such events can be wonderfully combined with a guided or free visit to the museum.

The Mansion Park will be lit up in Christmas spirit to celebrate the end of the year in style. Guests can expect a festive and warm atmosphere, with its beautifully decorated Christmas tree.

Through numerous unpublished documents, from the story of the making of the film, the revelation of tricks during the shooting, of unfinished scenes, to the discovery of unpublished photographs of the filming, the visitor is immersed in the making of one of the most emblematic works in the history of cinema.

In the circus tent specially erected in the park, the l’Alchimie circus school will present three performances a day based on the emblematic film “The Great Dictator”.

Celebrate Halloween at Chaplin’s World with pumpkins, spiders and skeletons! For all those who like to be scared and spooked

← Prev: Percutaneous and minimally invasive surgery of the forefoot Next: Menopause in all of its states →